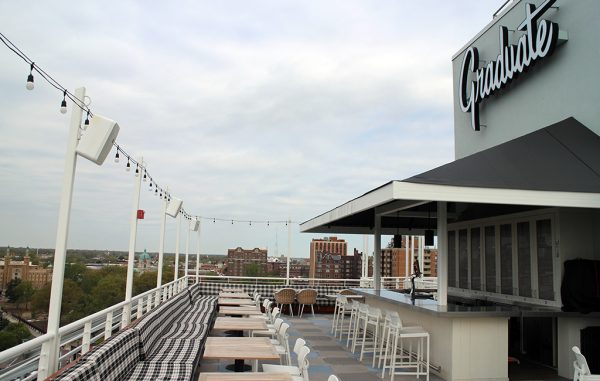 A new option for al fresco drinking has opened downtown.

The Graduate Richmond hotel has opened the Byrd House, its rooftop bar.

With views of both downtown and VCU’s Monroe Park campus, the Byrd House is one of the highest rooftop bars in Richmond.

The bar has seating for 50 and capacity for 100, with benches and string lighting along the southern wall. The roof also features a pool that is available for hotel guests only.

It has a full cocktail bar and a handful of beer taps, including a proprietary house beer, the Graduate 4.0, a blood orange ale by Ashland-based Center of the Universe Brewing Co.

The Byrd House has a full food menu that features a fried chicken sandwich with purple slaw, pickles and spicy aioli; and a vegetarian black bean burger.

The Graduate is a Chicago-based chain of 12 hotels located near college campuses around the country, including Charlottesville. It opened in Richmond last July in the former DoubleTree by Hilton, which the company purchased in 2015 for $10 million. 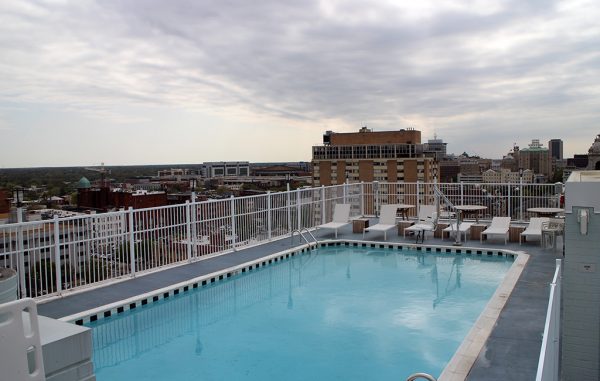 The hotel roof has a pool that will open in May. (Mike Platania)