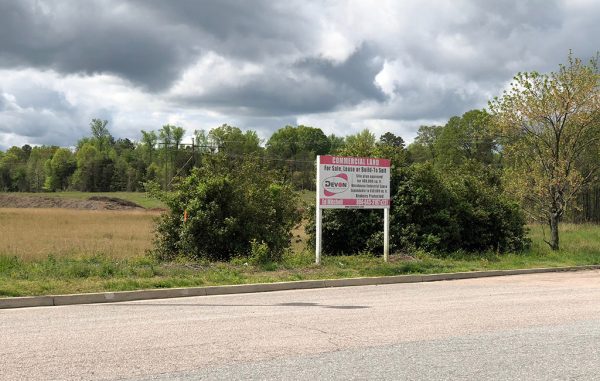 A local development firm behind some of the largest distribution warehouses in the region is ready to strike again.

Devon USA has filed plans with Chesterfield County to construct a $20 million, 321,000-square-foot spec warehouse property on a 44-acre plot in the James River Logistics Center at 1601 Bellwood Drive.

The project would cap off the buildout of the industrial park, which consists of two neighboring buildings Devon constructed that total 813,000 square feet at 1401 and 1501 Bellwood Road.

DuPont is the tenant in the two existing buildings. Ed Mitchell, Devon USA managing director, said no tenants have been secured for the new phase.

“Ultimately, our building design is very flexible and could accommodate a single user or multiple users,” Mitchell said. “The ultimate use could be distribution, manufacturing, or any number of uses permitted in the I-3 zoning category.”

The firm is amending its original plan of development filed in 2002, and plans for the new phase are pending review by the county’s planning department.

Construction will be handled by Devon, Mitchell said, with site work beginning in July and taking about five to six months to complete.

Evan Magrill and Dean Meyer, brokers with Cushman & Wakefield | Thalhimer, have been retained to lease the facility, Mitchell said.

He said the development project, coined “Project Lightening II” in county filings, will mirror the scope and size of a Hanover County distribution space Devon built and leased last year to Amazon.

“We called that development ‘Project Lightening I,’” Mitchell said. “Because of the success of that project, we’re mirroring this development after that prototype.”

Project Lightening II will be completed in phases as demand warrants, he said.

To accommodate a diverse slate of tenants, the building will include 32-foot ceilings, a sprinkler system, 96 truck docks, LED lighting, and parking for up to 467 vehicles and 64 trailers.

Devon, which owns distribution warehouses, multifamily communities and industrial development land throughout the Southeast and Midwest, has history with the southern part of the Richmond region.

Mitchell said metro Richmond, particularly Chesterfield County, is becoming a hotbed for distribution activity because of its proximity to the Port of Richmond, Interstates 95 and 85, and low taxes.

“Its real estate taxes are lower than the city of Richmond, which correlates to a savings of perhaps $0.14 per square foot a year,” he said.

Within three miles of the Project Lightning II site, more than 800,000 square feet of new industrial space is either under construction or proposed.

About 40 acres of the former Shandong Tranlin Paper Co. property in the James River Industrial Center off Coach Road is being targeted for a 611,500-square-foot industrial facility dubbed “Project Goliath.”