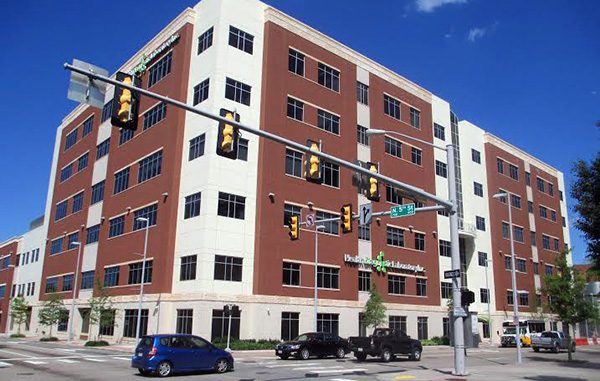 A battle over inventions and patents of the defunct Health Diagnostic Laboratory has come to an end, nearly three years after the blood testing firm collapsed into bankruptcy.

Two Texas-based lab companies, Helena Laboratories and True Health Diagnostics, last month agreed to settle and end their legal dispute that sought to have a court determine which side had rightful ownership of a batch of HDL’s intellectual property.

True Health purchased the IP in 2015 when it acquired what was left of HDL for $37 million in a bankruptcy auction, but Helena claims a prior agreement it had with HDL made it the owner of the assets, which comprised patents and patent applications for some of the company’s blood testing processes.

Terms of the settlement were not disclosed in court records and it’s unclear how the issue of ownership over the intellectual property was resolved. The case had been set for trial in June.

Helena, run by Tipton Golias – one of HDL’s largest individual investors – initially filed the lawsuit in Texas. The case was eventually moved to federal court in Richmond, where it could be argued closer to HDL’s ongoing bankruptcy proceedings.

Helena claimed it was party to two invention agreements with HDL prior to the company’s downfall, which let the two sides share ownership of the IP. One of the patents, for example, is an “assay for determination of levels of lipoprotein particles in bodily fluids,” according to court records.

Helena claimed it became sole owner of those inventions and patents after HDL stopped paying its share of the costs toward the patent applications and allegedly breached the agreement by applying for more than two-dozen other patents and not disclosing them to Helena.

“Due to this deception,” Helena claimed, it didn’t learn about the additional inventions until mid-2016, long after the sale of HDL’s assets to True Health.

When HDL went into bankruptcy in summer 2015, prompting the auction that was won by True Health, Helena claims it never received notice that the IP in question was subject to the asset purchase between HDL and True Health.

Helena argued that none of that IP was owned by HDL at the time of sale and was therefore it wrongfully was transferred to True Health.

“A debtor cannot sell what it does not own,” it argued in court filings.

Helena asked for the court to declare that True Health has no rights under the invention agreement to own the IP and to force True Health to turn over documents related to the patents.

True Health denied the allegations and argued that Helena knew those assets would be part of the sale, and should have contested the sale prior to the bankruptcy auction.

True Health filed a counterclaim, asking the court to declare it is the rightful owner of the IP.

Helena was represented locally in the case by Wyatt Durette and Kevin Funk of Durrette, Arkema, Gerson and Gill, along with attorneys from Michigan law firm Pepper Hamilton. Funk declined to comment.

True Health was represented locally by attorney Slayton Dabney and Eric Walker of Chicago firm Perkins Coie. A message left for Dabney was not returned. Walker, reached last week, said he could not immediately comment.

Meanwhile, HDL’s bankruptcy liquidation continues, with its trustee continuing his search for assets to pay back to the company’s creditors, who are owed $2.1 billion.

Several related lawsuits are ongoing, including cases the trustee has filed against thousands of doctors who received money from HDL that the federal government has labeled as kickbacks.

The trustee also continues a wide-ranging lawsuit against HDL insiders. Some have settled with the trustee, while others, including Golias, the owner of Helena, continue to fight.