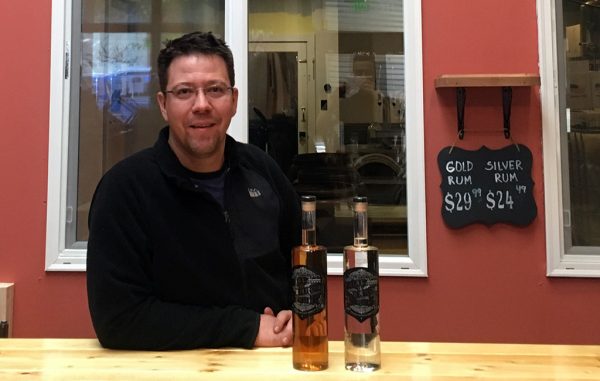 A pasta shop in the Fan has launched a spinoff to help customers wash down their noodles.

Bombolini makes and sells pasta and sauces for to-go dishes and wholesale. It received approval in February last year to distill liquor.

John Kreckman said they had an idea initially to brew beer onsite, but opted against it.

“We liked the idea of beer, but it’s just too crowded of a market,” he said.

The shop is starting by selling gold and silver rum, with plans to try making gin, aquavit and vodka.

“It’s been fun, we’ve been messing around with a lot of different stuff,” Kreckman said. “Rum is kind of the starter for us.”

At 55 gallons, Trial & Error is using one of the smaller stills in town. Kreckman said it can produce about 10 gallons of spirits daily, and the pair would consider adding a larger still if needed in the future. Trial & Error also ages some spirits in barrels from A. Smith Bowman Distillery in Fredericksburg.

Trial & Error’s rums are sold at Bombolini, where it has a small tasting area on the retail floor. Kreckman said it’s in the process of making bottles available at local ABC stores.

With bottles starting at $25 for 750 milliliters, Kreckman said he wants to keep the prices reasonable.

“All that fancy stuff on your shelf, you never drink it. You just look at it,” he said.

As Trial & Error gets underway, one of the city’s larger distilling operations is preparing to open this spring.

Virago Spirits, a venture by the Haneberg family, is preparing to begin operations with a 660-gallon still near The Diamond.

Their bacon ravioli is incredible.