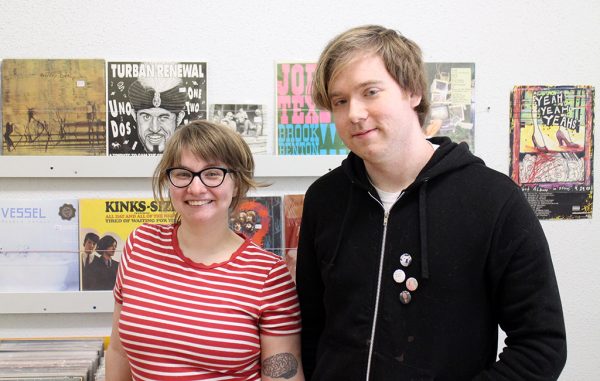 The needle has dropped on a new music and book shop in Shockoe Bottom.

Golden and Pulaski met while working at online grocer Relay Foods, which shut down in early 2017. Golden said they left the company before its shutdown and shortly after began pondering entrepreneurship.

“We had been saying we need to think of a way to start something of our own, where we could be our own bosses,” he said.

After settling on books and records, they named the store for their dog, a 4.5-pound Yorkipoo named Peluga, whose face also graces the store’s logo.

“It’s everything we love,” Golden said. “When we travel, that’s what we look for: record stores and book shops.”

On its bookshelves, Small Friend carries fiction, nonfiction and children’s books, while its bins are stuffed with vinyl records of all genres from classic rock to modern alternative.

Golden said they looked all over town before deciding on the 900-square-foot, split-level space, which the company is leasing.

The shop is located just a block north of the 17th Street Farmers Market, which is currently being renovated.

The blocks surrounding the farmer’s market have drawn interest from all sorts of businesses in recent months. 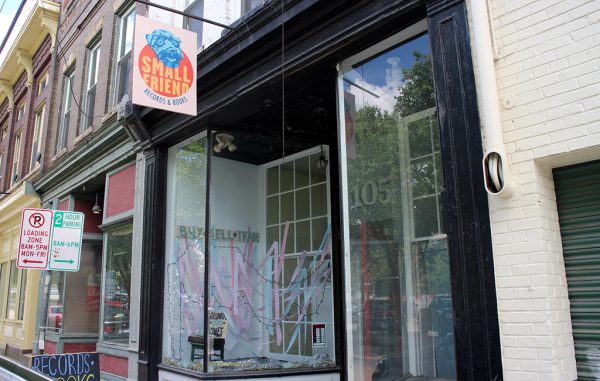 Welcome to the neighborhood, Small Friend!