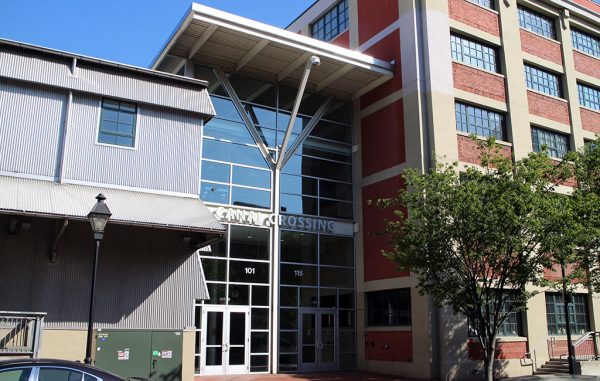 An architecture firm is redrawing plans to move its local office from the suburbs to the city, freeing up a storefront in downtown’s Cokesbury building in the process.

Chesapeake-based RRMM Architects has pulled out of the lease it signed last summer for a space in the Cokesbury at Grace and North Fifth streets, signing instead for a 3,000-square-foot space in Fulton Hill Properties’ Canal Crossing in Shockoe Slip.

The firm plans to move into that space June 1, relocating and enlarging its Richmond office from a 1,400-square-foot space at 9097 Atlee Station Road in Mechanicsville.

Business development director Courtney Neston said the change followed a structural review that determined it could not cut street-level windows into the walls of the Cokesbury space.

Fronting North Fifth Street, the space features exterior walls with large arches that have been filled in with brick. The firm had planned to replace the brick with glass, similar to the Pop’s Market on Grace space next door.

“We started with demo, and it was determined before construction ended that the structural integrity of the exterior façade would not permit us to put additional windows in, so it limited the access to the natural light in our space,” Neston said.

She said the firm worked out an “amicable solution” with Fred Shaia of 5th & Grace Associates LLC, which owns the Cokesbury building and let the firm out of its lease. The 2,500-square-foot space, which features a metal “Cokesbury” sign above the entrance, has been relisted for lease by Shaia’s son, Alan Shaia of Richmond-based Charter Realty.

Alan Shaia said the space can accommodate higher window cuts that they plan to make, just not the lower windows that RRMM wanted. He said the higher-up windows would help lighten the space, which he said could be suitable for a restaurant, retailer or office user. 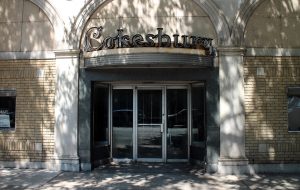 Meanwhile, RRMM is readying its move to Canal Crossing, having outgrown its Mechanicsville office with a local staff that has grown to nine employees.

The firm worked again with Commonwealth Commercial’s Fred Plaisted to find the Canal Crossing space, selecting that location over others considered in the Slip and Shockoe Bottom. Plaisted negotiated the five-year lease with Fulton Hill’s Jon Ondrak.

RRMM will be moving into a suite currently occupied by web design firm Whittington Consulting. Principal Rick Whittington said he is working on securing a new location for his office, which will remain in Richmond.

Plaisted said RRMM was drawn to Canal Crossing for its interior design and proximity to Capital One’s 1717 Innovation Center, a startup hub that opened on East Cary Street in March.

Neston said the space provides a more central location for the firm’s customers than its Mechanicsville office, which it opened five years ago.

“We looked at other spaces. This one was pseudo-move-in-ready with some minor tweaks that we are going to plan on doing once we move in. And it was downtown, where we wanted to be,” she said.

Canal Crossing is also home to fellow architects Baskervill and in a neighborhood that includes SMBW Architects, Commonwealth Architects and Milwaukee-based newcomer Kahler Slater. Farther east in the Bottom are Glavé and Holmes Architecture and Petersburg-based Enteros Design, which moved in last fall.

RRMM provides architecture, master planning and interior design services primarily for schools and public buildings and has a contract as an approved firm with Richmond Public Schools. It also has offices in Arlington, Roanoke and Rockville, Maryland, in addition to its Chesapeake headquarters.