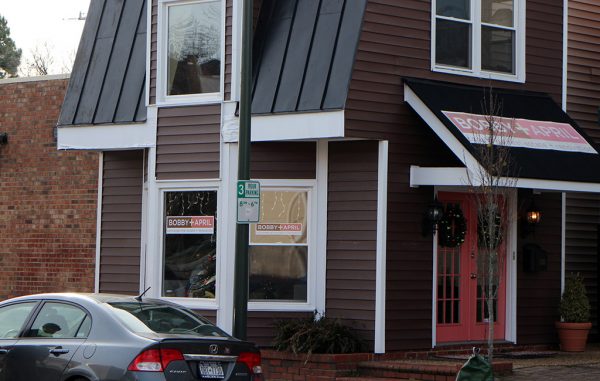 A local contractor and home renovator is facing felony charges stemming from his work for a former client, months after selling his stake in a Carytown-based real estate firm and filing for personal bankruptcy protection with $4 million in debt.

Robert E. “Bobby” Hicks – the “Bobby” in real estate brokerage and renovation firm Bobby+April – was arraigned Monday in Richmond Circuit Court on five felony indictments related to a dispute with a property owner that’s the subject of an active civil lawsuit.

That lawsuit, brought by Rhonda Lee against Hicks and his contracting business, Renew Renovations, was put on hold this month due to Hicks’ bankruptcy proceedings, which started in January as a Chapter 11 filing but was converted to Chapter 7 last month.

In the lawsuit, Lee, who previously worked as an agent for Bobby+April, claims Hicks did not complete her renovation project on time, performed unsatisfactory work and misrepresented his work when pulling funds for construction from an account Lee had with TowneBank.

The felony indictments, brought by a grand jury May 7, include two counts of obtaining money by false pretense, attempting to obtain money falsely, conspiracy to fraudulently obtain money, and larceny with intent to sell or distribute. Records show the charges relate to currency valued at or above $200 but do not list specific amounts.

The indictment initially authorized Hicks’ arrest, but he arrived on his own at Monday’s hearing and was allowed to leave with a promise to appear May 22, when he is to inform the court of his attorney arrangements.

Hicks told Judge Tracy Thorne-Begland that he would be represented by Ed Riley of Henrico-based law firm Riley & Wells. Prior to the arraignment, Hicks declined comment and referred questions to Riley, who was out-of-office Monday and could not be reached.

The indictments refer to actions Hicks allegedly took between June 30 and July 10 last year and around Sept. 10, 2016. They do not elaborate on the allegations beyond the specific charges, other than to say that the monies involved belonged to TowneBank and/or Lee.

Assistant Commonwealth Attorney Sau Chan is prosecuting the case. She would not comment on the charges or how the complaints against Hicks were brought to her attention.

In her lawsuit, which was filed last September, Lee states that Hicks was authorized to draw funds for work completed on her renovation of a rowhouse at 1107 Floyd Ave. from a loan she obtained from TowneBank, but she alleges Hicks misrepresented work performed or materials purchased when he requested construction draw payments on her behalf from the bank. 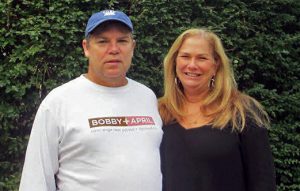 Lee argues that monies Hicks received from TowneBank that were to be put toward her project instead were used on other Renew Renovations projects and for Hicks’ personal use.

The project cost for Lee’s renovation was initially $375,000, and Lee paid Hicks an additional $13,000 to cover change orders, according to the suit.

Lee argues the project was not completed on time, causing her to terminate lease agreements with eight VCU students to whom she planned to rent the rowhouse, resulting in a loss of potential income from monthly rents of $700 per tenant. The suit states Lee will incur additional expenses to remediate defective work performed by Hicks.

The suit alleges breach of contract and fraud and seeks at least $75,000 in damages plus accrued interest from April 15, 2016. Lee is represented by attorney John Taylor with FloranceGordonBrown.

A hearing in the case had been scheduled April 30 but was deferred and later put on hold May 1 due to Hicks’ bankruptcy proceedings. A creditors meeting in the bankruptcy case is scheduled for today, May 15.

Hicks faces a second active lawsuit from former clients that likewise has been put on hold due to the bankruptcy proceedings. That suit, filed in December 2016 by Beth and Richard Kelly, relates to work performed on the Kellys’ residence on Hanover Avenue in the Fan.

In addition to Hicks, the suit names as a defendant April Straus, Hicks’ domestic partner and collaborator on Bobby+April, which is also named as a defendant.

Hicks and Straus are represented in that case by Barry Montgomery and Andrew Webb of Richmond law firm Kalbaugh, Pfund & Messersmith.

According to Hicks’ original bankruptcy petition filed Jan. 16, he sold his interest in Bobby+April’s business entity, Bobby & April LLC, to Straus on Jan. 6. The petition lists the value of the transaction at $90,000, to be paid to Hicks in monthly installments over 45 months.

Straus, who serves as principal broker for Bobby+April, now is considered the sole owner of the business, which she and Hicks started eight years ago. The company, which markets itself as a concierge service to buy, sell and renovate homes primarily in and around the Fan, maintains a storefront in Carytown at 3311 W. Cary St.

The firm’s website describes Bobby+April as the exclusive agent for Renew Properties, a holding company associated with Hicks’ Renew Renovations.

Straus told BizSense in March that Bobby+April and Renew Renovations operated as separate companies and that Bobby+April is not involved in or affected by Hicks’ bankruptcy filing. At a creditors meeting the previous month, Hicks said he filed for bankruptcy in part due to costs in defending himself against the lawsuits from Lee and the Kellys.

The bankruptcy petition filed in January listed $4.6 million in liabilities for Hicks and about $853,000 in assets. It was filed on Hicks’ behalf by Robert Canfield of law firm Canfield, Wells & Kruck.

Not shocking in the least. Scandalous. That’s the end of Bobby + April.

Just another snake in the grass. Be careful who you put all your trust in.

These guys were the buyer’s realtor when I sold a house a few years ago. Sloppiness in attention to detail (missed deadlines, etc) and incorrect assumptions made on the closing statement. If they stay in business…avoid at all costs!

Didn’t we just see something similar with another builder in town!? The City of Richmond needs to wise up and start going after shady, crooked contractors. Seems to me that Richmond is becoming a hotbed for would be flippers..hate to see it turn into an epidemic.

Due diligence with contractors / builders. A quick search of federal bankruptcy filings show Bobby Hicks filed for Chapter 7 liquidation in 1996 and 2010 as well.

Hmmm. I believe one must wait 8 years after discharge before another filing, so that sounds about right!

My wife and I dealt with Bobby & April in buying a home in the Fan last summer, and in selling our former home thereafter. We had an outstanding experience all around. People need to back off a bit and realize that allegations in a filed suit are just that — ALLEGATIONS. One disgruntled customer making all sorts of claims doesn’t tell us a whole lot. Even an indictment is typically obtained without anyone hearing from anyone but the accuser. Just in case all you people piling on turn out to be dead wrong, why don’t you wait and see… Read more »

So, federal prosecutors bring an indictment (closed court) for allegations? Yes that’s true, innocent until proven guilty. But, there must be substantial evidence to bring forth an indictment, let alone 4 or 5. Prosecutors must present enough evidence to support a case of guilt beyond a reasonable doubt.

Agree with Mike here….Brad Marrs you need to open your eyes. Pattern of liquidating bankruptcies and now stealing money from a client. People don’t just go around handing out federal indictments. This is serious and just because they sold a few houses without stealing from people doesn’t mean they’re innocent of other crimes!

I would simply suggest we all follow the Golden Rule here. If it were your business, would you want your worst customer’s wildest complaints splayed all over the media? And if that happened to you, what would you think of people who know literally nothing about it just jumping at the chance to post snarky comments on the internet? I can’t tell you how often these stories turn out to be untrue, or at a minimum, wildly inflated. All of you have no dog in this fight, so you should consider adopting a “wait and see” approach. Otherwise, if the… Read more »

How do you explain multiple felony indictments and seemingly multiple unrelated parties claiming similar treatment? Is your theory that everyone is in collusion fabricating wildly false stories in hopes of negative internet exposure of the accused?

I don’t think 1 party (usually only
1 party means the “outlier”) gets to tell the public they are all wrong and they need to be quiet.

I don’t believe anyone suggested they were wrong. The suggestion was to let it play out before convicting someone in the comment sections of a website. For someone like me with no direct knowledge, it seems like pretty good advice to me. No one is telling anyone they’re wrong.

Just so I’ve got it all straight..you hire a contractor to come in and do renovations to your home, possibly one of the biggest investments of your life, not only does he steal from you but he does shoddy work and no one should warn the next person about what’s going on? Wake up, guy! This is how ALL these contractors get away with it for so long because NO ONE SAYS ANYTHING! I don’t doubt for a minute that if you, Mr. Marrs, had a terrible experience on your pricey Fan house, you wouldn’t be first in line to… Read more »

Same story, different day. Greedy contractors who take advantage of people and want to play the victim. Is it so hard to be honest and live by the golden rule? That many indictments and bankruptcies certainly doesn’t make this guy a model citizen. But you are right, Brad Marrs, maybe he can turn it around and prove us all wrong. Just let me know when Hell freezes over and pigs fly!

I didn’t even know such behavior was actionable. Contractors do this all the time.