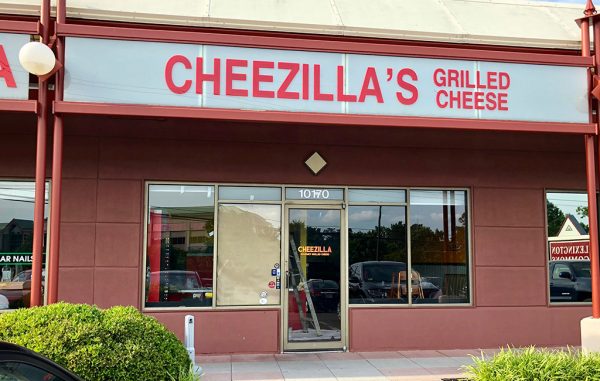 A local food truck known for its take on grilled cheese sandwiches soon will have a permanent outpost near Innsbrook.

Cheezilla’s Grilled Cheese is launching its first brick-and-mortar location in the Lexington Commons shopping center at 10170 W. Broad St., adding to a spot it runs in the food court at Regency Square mall.

The restaurant is set to open around Memorial Day weekend, owner Adam Hafaine said, and it will

“It was a natural step up,” Hafaine said of evolving from a food truck. “This is a dream to be able to open up a restaurant, and being near Innsbrook, we wanted to be able to have permanent space for families and businesses in the area.”

Cheezilla’s will take over space formerly held by Jerry’s Restaurant, which closed about a year ago.

The 1,500-square-foot storefront will seat about 75 people, Hafaine said, and employ about 10 full- and part-time workers.

Hafaine said he has invested around $50,000 to get the space ready for patrons next week.

Much like its long-running food truck, it will offer signature items including its “Cheesy Mac,” a baked mac and cheese sandwich made with eight cheeses; and its “Caprese Melt,” made with mozzarella, tomatoes, dried rosemary, basil and olive oil. Several popular sides also will be on the menu, including its staple Poutine fries covered with mozzarella and gravy, and fried pickles.

Looking to cater to the breakfast and brunch crowds, Hafaine is making several adds to Cheezilla’s menu for the restaurant, including cheese biscuits and Belgian waffles. He said it will craft its own ricotta and mozzarella cheeses.

The location also will serve as Cheezilla’s main prep area for its catering and food-truck operations.

“The food truck is a very sentimental and important part of our business,” he said.

Launching a permanent home for Cheezilla’s has been about six years in the making. Before serving up grilled cheese, Hafaine was making crepes from a food cart called the Paris Creperie in 2013. After two years, he changed his concept and launched the Cheezilla’s food truck in 2015.

“This has been a dream come true for me, and I can’t wait to share our space with everyone,” he said.

Although not officially a restaurant, are they still located in Regency Square Mall too?

Can’t figure out how to delete this, but I see my answer already. either I can’t read, or this was updated. I am guessing the former 😛