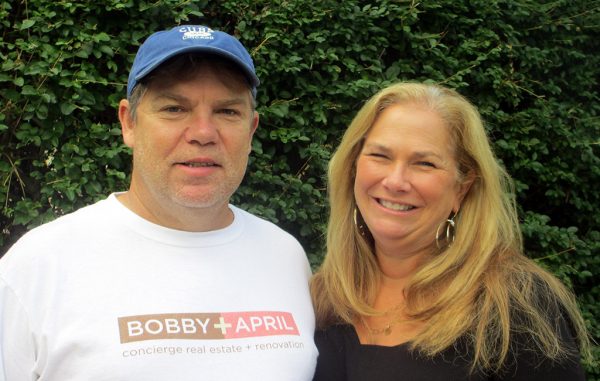 There will be no Caribbean getaway for embattled local contractor Bobby Hicks.

Facing felony indictments and millions of dollars in debts owed to creditors in his personal bankruptcy case, Hicks – one of the namesakes of Richmond real estate firm Bobby+April – was denied Tuesday his request to leave the state for a vacation to the Virgin Islands, with prosecutors arguing he’s a flight risk.

At the court appearance Tuesday, Hicks and his attorney, Ed Riley of Riley & Wells, unsuccessfully pleaded to Circuit Court Judge T.J. Markow that he be granted leave from the condition of his bond preventing him from traveling outside Virginia.

Hicks was indicted by a grand jury May 7 and arrested May 11 on five felony counts including obtaining money by false pretense, attempting to obtain money falsely, conspiracy to fraudulently obtain money, and larceny with intent to sell or distribute. He has since been allowed to remain free on bond.

Riley, stating that his client adamantly denies the allegations against him, said Hicks had been planning the trip for months prior to the indictment. Hicks and Straus share ownership in a boat moored in Florida that they take to St. Thomas when it’s not being chartered out, Riley said.

“He has no intention of not returning,” Riley said. “His whole life is here. My client wants to have his day in court.”

Prosecutor Sau Chan of the commonwealth’s attorney’s office argued against the request, questioning how Hicks has the ability to take such a trip in light of his bankruptcy proceedings, in which he has testified that he has far fewer assets than the $4.6 million in liabilities he has declared.

“We think what could have originally been a vacation has turned into a flight risk,” Chan said, further arguing that Hicks should have to turn over his passport. Judge Markow did not agree and let Hicks keep his passport.

Barrett seeks to nullify Hicks’ sale of his ownership interest in Bobby+April to Straus – a transaction that allegedly occurred 10 days before Hicks’ bankruptcy petition in early January, according to the complaint. Barrett also seeks to collect money Straus agreed to pay Hicks as part of that sale, with the goal of putting those funds toward assets that could be used to pay Hicks’ creditors.

The complaint is made against Straus Realty LLC, an entity solely owned by Straus and registered with the State Corporation Commission on Dec. 29, 2017. 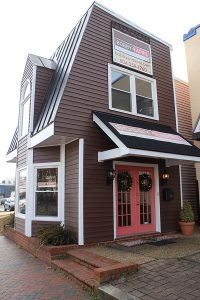 The complaint calls the Bobby+April sale fraudulent, due to how soon it preceded Hicks’ bankruptcy filing and other factors of the sale, which it describes as being “in name only.”

Citing testimony Hicks gave in an initial creditors meeting in February, the complaint states that the $90,000 transaction – to be paid by Straus to Hicks over 45 months – was based on an informal valuation made verbally over the phone by Hicks’ accountant, based exclusively on one year’s tax return.

The complaint also states that Hicks reported an annual profit for Bobby+April of $161,802 in 2016, contending that the business was worth more than the $90,000 agreed to and transacted between Hicks and Straus.

It describes Straus as in default on the terms of that transaction, having failed to pay the $2,000 monthly installments owed in April and May to Barrett as the trustee. It says Straus also has refused to turn over her membership interest in Bobby+April, as requested in a letter dated April 19 from attorneys with Hirschler Fleischer, which is representing Barrett in the case.

The complaint requests that the transaction be nullified and the assets conveyed for the benefit of Hicks’ estate, or in the alternative, payment of at least the $4,000 owed for the two monthly payments that remain unpaid.

Reached Tuesday afternoon, Straus would not comment for this story. She did say she has retained an attorney but declined to name that person.

Straus and Hicks have previously told BizSense that the sale of Bobby+April had been planned for some time before Hicks planned to file for bankruptcy.

Previously listed as a contractor on the company’s website, Hicks worked on home renovations through his Renew Renovations business, for which Bobby+April was marketed as an exclusive agent. Hicks’ name had been removed from the site’s “team” page as of Tuesday. Straus is Bobby+April’s principal broker.

Also removed from the Bobby+April website in recent days was Ralph Ross, who had been described as the company’s accountant and office manager. Ross was arraigned the same day as Hicks on a grand jury indictment of conspiracy to fraudulently obtain money.

Ross is scheduled to appear in circuit court June 6 to report his attorney arrangements.

Scathing.
Truth don’t lie , as the expression goes.
Exceptionally well written article which clearly lays out all of the details.
Thank you for your reporting.

The idea that this guy would not give up his passport is mind blowing.
Richmond, learn your history:

Ole Bobbito trying to pull another fast one. This guy is ridiculous. Time to put him on house arrest.

Time for house arrest indeed. I am indicted criminally and in the middle of my third bankruptcy. Let’s go to the Caribbean!!! Truly amazing, it is an absolutely kick in the face to his creditors.