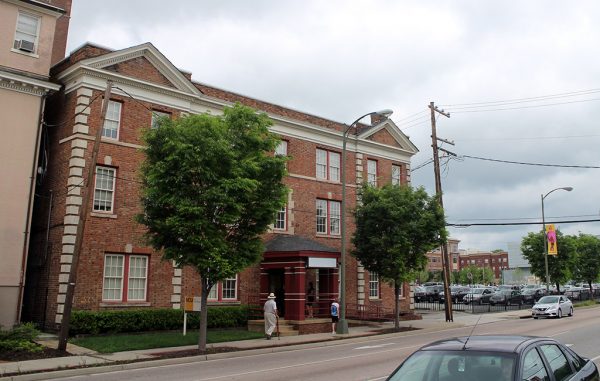 The Belvidere building near the ICA is occupied by VCU’s HR department. (Mike Platania)

Rezoning efforts are underway for a VCU-anchored building in the heart of the school’s Monroe Park campus, as its owners look to keep options open in the future.

The 93-year-old building is owned by Nest LLC, a real estate investment entity tied to married couple Hamid and Ali Gharagozloo. VCU is leasing the building from the Gharagozloos, who bought the building for $500,000 in 2004, according to city property records.

The three-story, 9,200-square-foot building is currently zoned as R-73 multifamily residential, and if approved by City Council next week would be rezoned to B-4 central business.

Hamid Gharagozloo said they have no immediate plans to change the building’s use, noting that VCU’s lease runs through 2020.

“The building is best used as-is, we just want to have other options for other tenants in the future,” he said.

In the rezoning application, Gharagozloo said they envision a possible future use for the property as mixed-use with first-floor retail and offices and apartments on higher floors. That would allow them to potentially take advantage of the site’s location two blocks south from VCU’s new Institute for Contemporary Art.

The application says “these are ideas and concepts at very early preliminary stages and nothing has been planned as of yet.”

Gharagozloo added they would like to keep the university as a tenant after its lease ends, and that VCU has shown some interest in purchasing the building.

“It all depends on their master plan. Nothing substantial has been discussed but they have shown interest,” he said.

He said if changes eventually were made to the property, the building would be redeveloped instead of demolished.

“Redevelopment would be limited to the interior of the building,” Gharagozloo said.

The rezoning request will be heard by City Council at its May 29 meeting. It is on the consent agenda, which contains items that are considered routine and non-controversial.

Next week’s council agenda also includes a resolution to allow for the demolition of the Intermediate Terminal building in the Fulton neighborhood to make way for Stone Brewing’s planned bistro, however that resolution is set to be continued until the council’s June 11 meeting.

It will be the fourth time City Council has delayed voting on the matter, having continued the resolution in March, April and earlier this month.