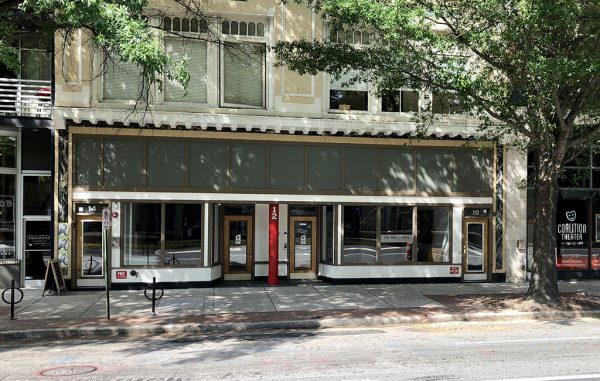 Six months after closing a deal in Shockoe Bottom, a pair of investors with an appetite for downtown real estate has bought its way onto West Broad Street.

The transaction marks the group’s first foray into Jackson Ward and follows their $2.8 million purchase in October of 1710 E. Franklin St., a three-story building with 17 apartments and ground-level commercial space in the Bottom.

Their latest deal on Broad Street, not yet recorded with the city, netted a 13,000-square-foot building with 14 apartments and ground-floor retail. The parcel includes storefronts at 10, 12 and 14 W. Broad St.

The apartments are fully leased and the commercial space is solely occupied by The Mix Gallery, Semir said. There’s also a recording studio in the basement.

“It’s a quality property in an area that is seeing some significant activity,” he said. “This makes a perfect addition to our portfolio. We plan to hold on to it and operate it as efficiently as possible.”

The seller was local developer Monument Cos., which converted the building in 2012 from a commercial building into its current state.

Ralph Reahard, owner of Richmond-based Real Property Management, said he represented James River Housing during the transaction and that his firm will be leasing and managing the property. Tom Rosman, Ann Schweitzer Riley and Lory Markham with One South Commercial represented the seller.

Semir said James River Housing is scouting similar deals across the city, mainly in the Jackson Ward, Arts District and Manchester sections of the city.

“With the bus rapid transit line, and more businesses moving back along West Broad Street, we see a lot of promise in the area for more growth.”

James River Housing Parnters is part of a mounting group of investors gobbling up real estate in the vicinity.

Eric Phipps and Bryan Smith of SNP Properties have unleashed a flurry of investment through a two-block stretch of downtown that reaches over both sides of West Broad Street.

Construction is underway on the group’s five-story apartment building at 0 W. Marshall St. dubbed The Marshall at City Center. The firm also is launching a complete redo of the 102-unit West Broad Apartments at 17 W. Broad St. that will be rebranded The Walker at City Center.

And LX Group, which operates Kabana Rooftop on the 20th floor of the Hampton Inn & Suites at 700 W. Main St. and the Belle restaurant in the hotel’s lobby, are working to establish a new restaurant and entertainment venue in the long-vacant space at 13-15 W. Broad St.

Broad Street is popping! Congrats to Ali and Kevin on this latest purchase. And to One South and Monument or the sale.

The Sycle family had a few men’s and women’s stores through the years in Richmond. This building housed one of them. Hope the new owners correct the spelling of the last name to reflect this history. Here is a Times-Dispatch July 1920 ad for Simon Sycle’s women’s store: https://chroniclingamerica.loc.gov/lccn/sn83045389/1920-07-11/ed-1/seq-13.pdf