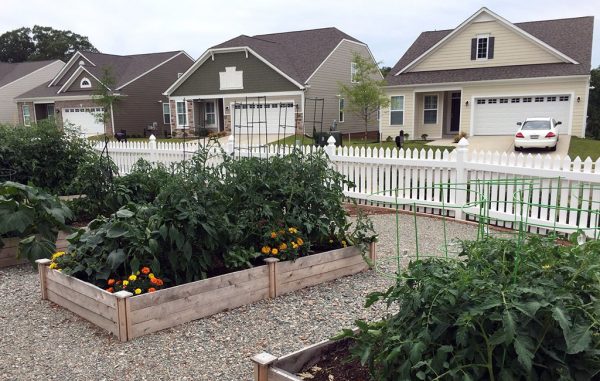 Some Ashford Hill homes will include garden plots similar to the Villas at Archer Springs. (StyleCraft)

Furthering its focus on the 55-and-up residential market, a local builder-developer is keeping busy in Chesterfield with two new projects on its plate and several others wrapping up, while planting the seeds for more.

At the same time, it’s starting development for its Villas at Ashford Hill, consisting of 62 age-restricted detached homes on 22 acres along Courthouse Road, beyond the Stonehenge neighborhood south of Midlothian Turnpike.

Those projects add to others that StyleCraft has been developing south of the river and targeting to the 55-and-up homebuyer market. Those include Greenwich Walk at FoxCreek, the company’s first townhome project specific to that market, and plans are in the works for 50 more townhomes beside the Midlothian Walmart shopping center and 147 more in a project planned off Hull Street Road.

Darin Smouse, StyleCraft’s land development project manager, said the trend toward so-called “active-adult” communities has become a priority for the company, representing nearly half of its annual business.

“The active-adult buyer is a huge driving force in the market and the economy, and their very active lifestyle at a new stage in their life has driven the entire market, especially over the last few years, into a ramp-up of these types of community offerings,” Smouse said.

He said feedback from residents at communities such as Greenwich Walk and StyleCraft’s Villas at Archer Springs in Bon Air helped shape subsequent developments, such as those panned at Notting Place and Asford Hill, the latter largely modeled after Archer Springs. 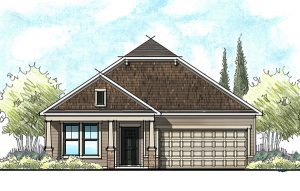 Rendering of one style of home planned for Ashford Hill. (StyleCraft)

With that feedback, the company is putting the finishing touches on Notting Place, which is scheduled to open for sales in June.

Originally called Pocoshock Green, the 128 townhomes will range from 1,200 to 1,600 square feet and start in the $240,000s. StyleCraft secured county approval in 2016 for the project, which Smouse said includes road improvements along Pocoshok Boulevard. He put the overall development cost for Notting Place at $7 million.

A distinctive amenity for both Notting Place and Ashford Hill are individual garden plots, which Smouse said proved popular at Archer Springs. Other amenities will include a garden, pavilion and walking trails, as well as property maintenance included with association fees.

Smouse said development has started on the first phase of Ashford Hill, which received zoning approval in March 2017 and has a project cost estimate of $3.5 million. He said roads would be completed in June, with home construction starting thereafter.

Next up for StyleCraft in Chesterfield are two age-restricted townhome projects: the 50-unit Hartford Hill adjacent to the Midlothian Sam’s Club off Midlothian Turnpike, and a 147-unit project along Ashbrook Parkway off Hull Street Road that will comprise a mix of townhomes and “two-over-two”-style condos, with units stacked in four-story buildings.

Those developments are expected to be ready for residents later in 2018 and 2019, respectively.

Other StyleCraft projects in Chesterfield include the Cambria Cove subdivision off Genito Road near Otterdale Road. The company also is working with developer Woolridge Investment Co. on a 120-acre senior-centric development near Swift Creek Reservoir that’s proposed to include 215 homes and a 115-bed assisted living facility.