Arts & Letters Creative Co. hired Danielle Flag and Jed Grossman as executive creative directors. They join the agency’s leadership team and will head up creative along with founder Charles Hodges.

Flag was previously an ECD at Mal\For Good and TBWA\Media Arts Lab and led work for Apple, Emerson Collective, and Conservation International. Grossman was previously a managing creative director at B-Reel in New York and worked on Google, MTV and Facebook.

RMG also was hired by the U.S. Postal Inspection Service to implement and fulfill a direct mail campaign to military veterans. The campaign was designed by Alabama-based Lewis Communications and includes mailers, brochures and point-of-sale materials. 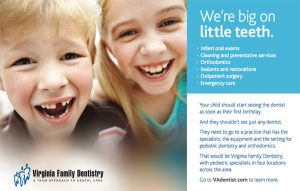 The King Agency created a campaign for Virginia Family Dentistry.

The King Agency hired Paul Schmidt as director of partnerships. Schmidt will work with clients to build partnerships that help them reach target customers. Schmidt has worked locally as accounts director for Colab and as new business director for local software firm Simple Thread.

The agency picked up Innsbrook Foundation as a client and will as lead agency on the nonprofit’s marketing efforts. It was hired by Touchstone Bank for branding strategy and marketing.

King released a new branding spot in a campaign for McGeorge Toyota. The agency also created a campaign for Virginia Family Dentistry announcing the launch of its pediatric center. Work for the campaign included print, direct mail and radio.

BigTree moved out of its space at 320 Brook Road and is planning to relocate its office on property near Ashland. 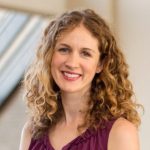 Relish Creative Communications hired Meg Coady Willett, who will assist part-time on media relations, copyrighting and research for client projects. A UR grad, Willett has worked as a consultant and lobbyist for Ford Motor Co., Environmental Defense Fund, HOME and the Virginia Bar Association.

Robinson, previously a group creative director, will work with account management to protect and sell ideas, with creatives to determine clients’ business drivers and with clients on brand visibility and selling work within their organizations.

Fable and Stolen Moment Productions were nominated for an Emmy Award for their brand film, “The Boy and the Bucket: A Fable.” The two-minute video was nominated in the commercial single spot category by the National Academy of Television Arts & Sciences’ National Capital Chesapeake Bay Chapter, which will announce award winners June 23.

Midlothian-based CraftMaster Homes launched a revamped website coinciding with this year’s Richmond Homearama event. The site, which is mobile-friendly and includes a chat function, was designed in-house with coding by Kansas-based Builder Designs. 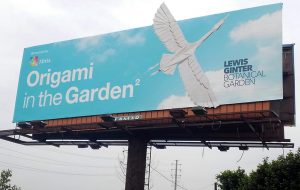 Elevation completed a marketing campaign for Lewis Ginter Botanical Garden’s Origami in the Garden exhibit. The agency worked with Glossy Productions to photograph the exhibit’s oversized metal sculptures for an integrated campaign including outdoor, digital and TV. The outdoor component includes a Lamar billboard featuring an origami crane with wings extending beyond the edge. The board will be moved to various locations throughout the summer.

Thanks for telling everyone about Filmspire’s video we created for the Beacon Tree Foundation! https://www.youtube.com/watch?v=Lp8exnkszVc