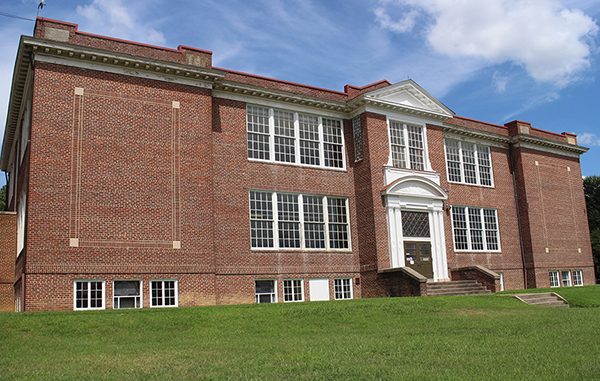 With developer proposals in hand, Bon Secours is looking to take another step toward deciding the fate of the former Westhampton School.

The health system has filed a request to rezone the 6-acre parcel on which the school’s two long-dormant buildings sit near the intersection of Patterson and Libbie avenues in the West End.

The land is currently zoned for single-family residential, and Bon Secours is looking to have it changed to mixed-use business district.

The rezoning would clear a path toward Bon Secours’ plan to build a three-story, 55,000-square-foot medical office building on a lot between the old school and its St. Mary’s Hospital, and would providing clarity for developers that have expressed interest in redeveloping the century-old buildings. They total 41,000 square feet and are connected by an enclosed walkway.

In its rezoning application, Bon Secours admits it previously mishandled its public rollout of the project by announcing its nursing school would be relocated to the site and that the historic part of the campus would be preserved.

“We do not want to make that mistake again,” it says in the application.

Bon Secours’ lease on the city-owned property dates back to 2012, when the nonprofit got control of the land in exchange for helping bankroll the city’s deal to bring the Washington Redskins’ training camp to Richmond. Bon Secours has a 60-year lease on the site for $5,000 per year. 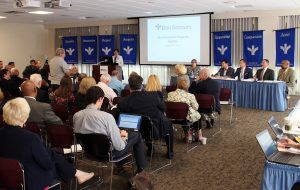 In 2016, the organization said moving its nursing school while preserving both buildings wasn’t financially feasible, and said at least part of the school building would be torn down, which drew community backlash.

Last year Bon Secours changed course again, announcing plans to build the medical office building and field proposals from developers for the rest of the school site, which was assessed this year at $9.3 million.

Bon Secours spokesman Rhodes Ritenour said it has since received 11 proposals from developers, but would not disclose details, citing non-disclosure agreements.

Ritenour said Bon Secours initially filed for rezoning in December 2017, but feedback from the community and Councilman Andreas Addison led it to rule out some uses that would be technically allowed with B-7 zoning.

The rezoning request includes a list of such uses that would not be allowed, including nightclubs, distilleries, breweries, auto shops, warehouses and grocery stores exceeding 12,000 square feet.

Ritenour said Bon Secours is seeking rezoning in order to best vet the 11 proposals it received for the site.

“Some of the proposers said they didn’t want to continue providing information to us until they had assurance the zoning would be changed,” he said.

In the rezoning request, Ritenour wrote that Bon Secours is “unable to unequivocally commit to preserving the school buildings at this time,” but in an interview Thursday said “the thing that we’re most focused on is financial viability of the proposal, and preference is being given to the developer that can preserve at least the 1917 portion of the school.”

The rezoning request will require City Council approval, and is expected to be heard June 25.

Once again City residents (aka the taxpayers) get nothing and the an corporate entity tied to the Redskins deal gets a bargain. $5,000 a year lease and Bon Secours still has NOT built the East End Medical Office Building (MOB) it promised. the deal has not created new jobs or revenue that was promised, and the nursing school was moved so the hospital could find a developer and secretly make millions off public land. We need to stop giving away valuable and historic public real estate for pennies.