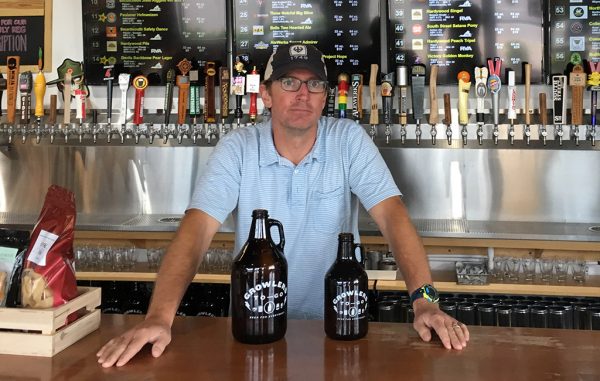 A Richmonder has traded banking and data for bottles and draft lines by buying a chain of local beer shops.

Carrington Williams is the new owner of the Growlers To Go locations on Boulevard and in Short Pump.

Williams, who worked as a banker in New York, for AOL and most recently ran his own retail analytics company, purchased the shops from their founding members last December.

Father-and-son duo Reid and Neil Carter founded Growlers To Go in early 2015 with their first store at 1017 N. Boulevard. They quickly grew to add a second location at 11341 W. Broad St. in the Short Pump Station shopping center. That was followed by an outpost in Duck, North Carolina, which will remain under the Carters’ ownership.

Williams, 44, knew the Carters dating back to his high school days in the Richmond area. An alumnus of Washington & Lee University and UVA, he also worked during college at Williamsville Brewery, a local microbrewery that later would become Main Street Brewery in the Fan.

“When I heard it was for sale and (the Carters) were the sellers, I got interested,” Williams said. “It’s a retailer and I’d been building retail analytics – I’d have an opportunity to put my money where my mouth is.”

The terms of the deal were not disclosed. Local attorney Robby Peay helped Williams in completing the purchase.

Reid Carter said a combination of his need to spend an increasing amount of time running the Outer Banks store and family moves played into the decision to sell the business. 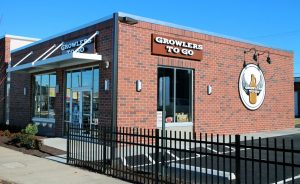 The Growlers to Go shop on Boulevard. (BizSense file photo)

“I’m 72 now and have a house at the beach. My nephew had been running the Richmond store and decided to go get an advanced degree. My son (Neil) has two kids and lives in Atlanta. The time was right to pass it on,” Carter said.

The concept of Growlers To Go – selling draft beer for growler fills, along with bottles and cans – will remain generally the same, but Williams said he’s tweaked a few things, including the logo and redesigning the website.

“One of the big things I want to do is more delivery,” he said.

The new Growlers To Go website includes an online shop where customers can order beer for same-day delivery. Williams also retained Growlers To Go’s contract with local bike courier service Quickness RVA, along with much of the staff.

Williams, whose brother Taylor is a partner at local development firm Spy Rock Real Estate Group, said a challenge is to let people know that Growlers To Go is more than a fill station, noting that it offers keg refills, kegerator rentals and private event catering through its two tap trailers, the latter of which he said is a big growth opportunity for the business.

“The old tagline was that they’re craft beer specialists. I’m trying to rebrand it as beer for everybody,” Williams said. “We’ve found not everyone has the money to come in and buy two six packs at $14 per pack … I want it to be a friendly neighborhood beer store.”

Despite adding some more macro-beers, local brews make up a big chunk of Growlers To Go’s sales.

Williams said nearly all of Growlers To Go’s keg sales are from local breweries.

“If local beer is less than 30 percent of our sales, I’d be shocked,” he said.

As a part of his deal with the Carters, Williams has the right to expand the business to other locales, with the exception of Duck. He said Growlers To Go could expand to the likes of Charlottesville, Hampton Roads, Northern Virginia, and Raleigh/Durham. Aside from more potential locations, he said he’ll look to grow by ramping up marketing, something the Carters didn’t need to do.

“The former owners did not by policy do any marketing but their timing was excellent. They started right as the beer boom was taking off and didn’t have to market,” Williams said.

As for Carter, he said that he’s enjoying running the Duck store but will plan to sell that at some point as well.