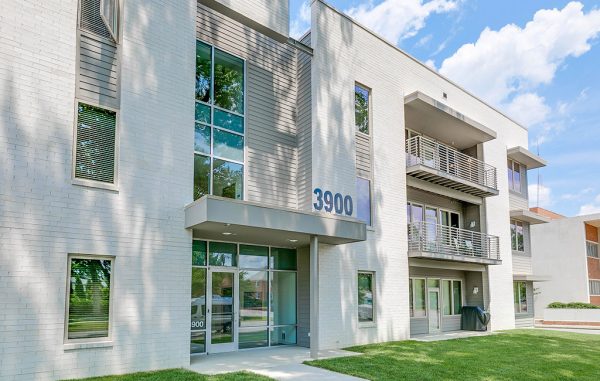 Testing their theory that Richmond’s apartment market is approaching a peak, a group of local developers is looking to sell a 15-unit building on Monument Avenue just weeks after construction was completed.

Yogi Singh and two partners last week listed for sale their development at 3900 Monument Ave., a three-story, modern-design property that replaced an aging medical office building at the corner of Kent Avenue.

Singh said the quick listing after completion was prompted in part by interest they received from prospective buyers during construction.

“From the time we were under roof and fully framed we have had unsolicited inquiries about the building,” Singh said. “We think given our location we would be remiss if we didn’t test the market and see what kind of number we could get.

“We’re certainly seeing what appears to be nearing a top of the multifamily market. We have to be close to the top.”

Apartment tenants began moving in May 1 and Singh said four units remain available. All 15 units are two-bedroom, two-bathroom and roughly 1,100 square feet with balconies. They rent for $2,000 per month, which Singh recognizes is a higher end for Richmond, but said is justified by the Monument Avenue location.

“It’s not an asset we’re afraid to hold onto. We just know the market and the demand for this type of product is hot,” he said.

The property is listed unpriced.

“We’re going to let the market tell us what it’s worth,” Singh said.

The group bought the half-acre property in December for $605,000. They previously said their development budget was under $5 million and Singh said the ultimate cost came in under that number. 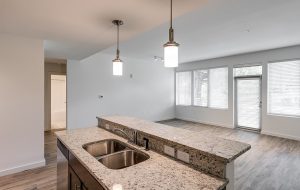 KBS was the general contractor, with Will Paulette as project manager. Johannas Design Group’s Anne Durkin was the architect. First National Bank was the lender.

New-construction apartments are a departure for Singh and his group, who previously have focused on converting old buildings in Scott’s Addition and downtown into modern office space.

The group has completed and filled one of three office buildings it converted in Scott’s Addition for their Summit Suites project.

They’re under contract to sell the other two and adjacent parking lots to an unnamed developer who has plans for a mixed-use project on the site, Singh said.

He said they’ll look to recycle any gains into other deals, including one they’re pursuing at an unspecified location along Monument Avenue. Singh said it would be twice the size of the 3900 Monument property and incorporate apartments and office space in place of an existing building.

Brokers Charles Wentworth and Peyton Cox of CBRE are marketing the listing.

Wentworth said the property is likely to attract attention from all sorts of buyers, including 1031 exchangers and those potentially interested in converting the building to condos.

“We know there are some aggressive buyers and a lack of availability of good-quality product. And we want to take advantage of it,” Wentworth said. “There is money out there to place and people like our market.”

Cox said it’s difficult to predict when the market might reach a peak, but it’s definitely hot.

“I think calling it the top of the market is hard for anyone to do, but it is better to sell early then sell late,” he said.

Considering they have 11 of 15 units rented already, it appears they are not having a problem with the price point.

We’ll see. 11 of 15 is only a 73% occupancy rate. And those numbers may only reflect initial demand that proves to not be durable. Since the units have only been available for about 1.5 months, it’s too early to draw any definitive conclusions. On the other hand, the summer (especially early summer) months are the peak rental season, and if those units are still available mid-August/September, then the rates will likely fall. It will be interesting to see whether $2000 is sustainable in a location without many on-site amenities that most renters are looking for at that price point.