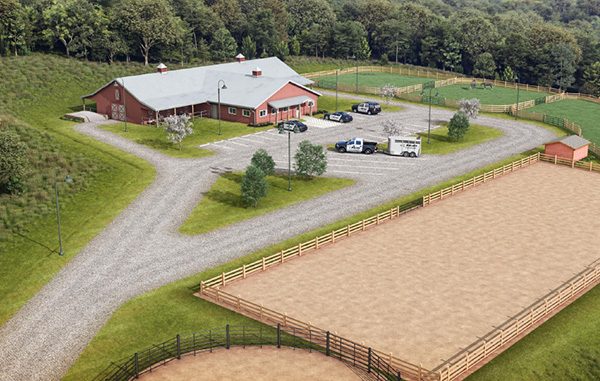 Plans call for a 10,600-square-foot facility to replace the unit’s stables at 801 Brook Road, below the Chamberlayne Avenue overpass near the Interstate 64/95 interchange.

The new structure, to include an administration area, stables and hay loft, will rise on about 3.5 acres of the 45-acre property at the intersection of Crestview and North 39th Street.

A replacement for the unit has been sought after for years, as the city has deemed the Brook Road facility operationally deficient. The nonprofit Friends of the Richmond Mounted Squad has been raising funds to support the facility, the projected cost of which – $1.5 million – is to be covered by the city through general obligation bonds.

The new barn-style structure will include stables for the unit’s horses with a tack room, wash bays, laundry room and horseshoeing area. A hay loft above will include floor openings for dropping hay to feeders below.

The building also will include office areas for the unit’s 10 or so mounted officers, a private office for the sergeant in charge, a conference room to accommodate training and tours for up to 25 people, and a break room and storage, among other facilities. 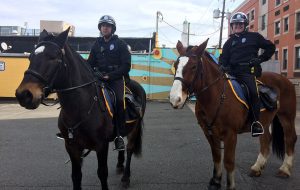 The property is designed to better accommodate visitors with a gravel parking area and compliance with accessibility requirements.

The site also will include pastures for the horses and an outdoor training ring and pen.

Richmond’s mounted unit dates back to 1894, making it one of the oldest continuously operating units in the country, according to the police department’s website.

The unit’s stables have been located at 801 Brook Road since 1972, but maintenance problems and flooding from storms have prompted the city to seek a replacement. A project description included in a UDC staff report notes that in 2004 and 2008, flooding from tropical storms trapped horses at the location and caused 3- to 4-foot-high water, mud and sewage to pour through the stables.

The plans for the new stables now go to the planning commission for final approval. Documents submitted to the UDC did not reflect a timeframe for the project.

City Hall is operationally deficient; their facility was just plainly derelict. So happy to see the project move forward.

This is fantastic!! Can’t wait to see it when it is finished!