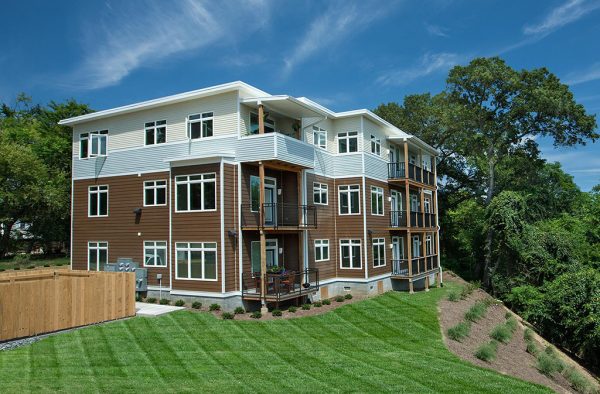 A Richmond developer has parted ways with one of its East End assets.

The transaction, which closed June 14, had not been recorded in the city’s online records as of press time.

Christopher Chadwick, a broker with Marcus & Millichap who worked the sale along with colleagues Dawson Rinder and Marty Mooradian, would not disclose any information about the buyer, other than to say it’s a family from Northern Virginia making its first acquisition in the Richmond market.

Constructed in early 2015, The Lofty houses 33 one- and two-bedroom apartment units in two buildings that sit on separate parcels on a bluff overlooking Gillies Creek Park in the neighborhood east of downtown.

This is the third multifamily development completed by Fulton Hill Properties – run by Margaret Freund that has been sold in the last few years.

Smart move, given the potential for low income apartments looming on the site border.