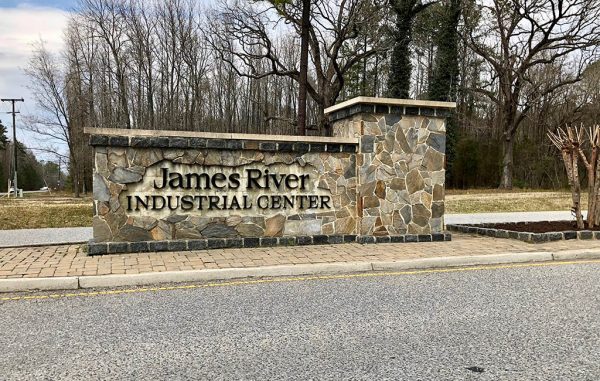 A $1.9 million land buy has sucked the veil of secrecy off a large code-named industrial project in Chesterfield County.

Michigan-based vacuum cleaner maker Bissell Inc. last month acquired about 40 acres at 1200 Battery Brooke Parkway in the James River Industrial Center, a parcel that once was slated to be part of the planned 650-acre Shandong Tranlin Paper Co. factory

The May 8 transaction, according to county property records, confirms that Bissell is the previously undisclosed user for a planned 611,500-square-foot industrial complex that had been referred to in county planning documents only as “Project Goliath.” 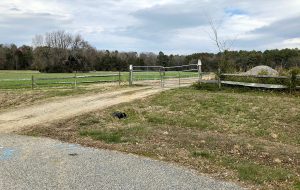 The 40 acres were previously pursued by the Tranlin project. (J. Elias O’Neal)

The proposed development is planned along Battery Brooke Parkway, which serves as the main entrance to the tract within the industrial center that Tranlin eyed. Bissell’s 40-acre site was owned by Reynolds Real Estate Ventures LLC.

The site also will be located next to the future expansion of CSX’s freight rail line, which is expected to cross Battery Brooke Parkway in the industrial center.

A call to Bissell’s corporate headquarters was not returned Thursday afternoon.

Garrett Hart and Karen Aylward with the Chesterfield Economic Development Authority could not be reached for comment about the project.

Bob Gargaro, an Arizona-based real estate broker who’s listed as the project’s applicant, would not comment about the transaction or site plans.

The site is located in one of the county’s five designated Technology Zones, which encourage manufacturing and distribution operations through incentives and tax abatements — though none were outlined in the firm’s application with the county.

Bissell’s pending development adds to a growing collection of major industrial users either opening or expanding operations in the county.

Devon USA is breaking ground on a $20 million, 321,000-square-foot spec warehouse property on a 44-acre plot in the James River Logistics Center at 1601 Bellwood Drive.

its encouraging to learn that some industry is headed this way. it can’t be all apartments all the time, though the new employment will help fill those new units.

Agreed Bruce and being that this appears to be large having a Bissell factory that assembles vacuums is great. Good paying factory jobs will hopefully fill more than apartments but homes too.