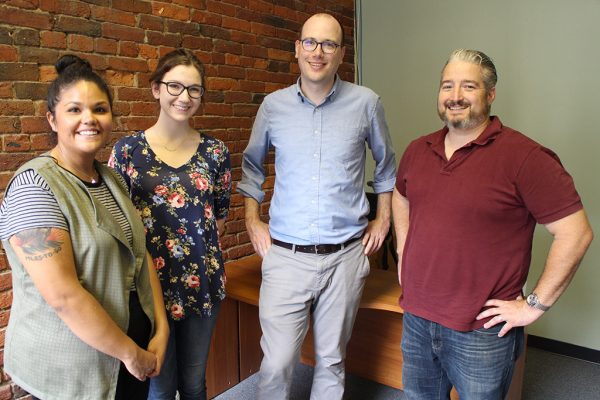 A network of news websites with a nonprofit business model expanding across the country has lured away a team of reporters from the Richmond Times-Dispatch to launch its first Virginia outpost.

The Virginia Mercury, an all-online publication that will focus on state government and policy news coming out of the General Assembly and topics such as healthcare, campaign finance and criminal justice, is setting up shop in Richmond and planning to go live in about a month.

The site is armed with Robert Zullo, Katie O’Connor and Ned Oliver, who recently left the RTD, along with Mechelle Hankerson, most recently a reporter with The Virginian-Pilot in Virginia Beach and a 2013 VCU grad.

The venture is backed by Washington, D.C.-based nonprofits Hopewell Fund and New Venture Fund as part of an initiative called The Newsroom, which aims to establish a network of similar news outlets through both newly created sites and existing ones including NC Policy Watch, The Colorado Independent and Maryland Matters.

The idea is for the sites to be funded entirely through donations, both from private donors and from reader contributions. The bulk of the launch funding is coming from New Venture Fund, while the goal is for each site to become self-sustaining and independent nonprofits, said Zullo, who is leading the four-person Virginia Mercury team as editor.

News on the site will be free and not involve a paywall.

Zullo said the site will focus on enhancing coverage of Virginia government and policy issues that its backers believe are getting overlooked or lost in the shuffle. He said the site would have elements of news site Vox in its coverage of topics such as immigration, poverty and energy and environment.

“We’re going to start from an issue, but we’re also going to be open to the stories that we come across,” Zullo said Friday.

“To a big extent, we’re going to be figuring this out as we go along – figuring out what’s our niche, what makes sense to use our small staff on. The idea is really not to chase what everyone else is doing and try to see where we can fill a gap in news coverage of the state. Where I see that right now is in policy coverage.”

Zullo said that, while the site has the backing of the nonprofits and hundreds of donors, its news coverage and commentary would be fully independent and driven by its Richmond-based staff. 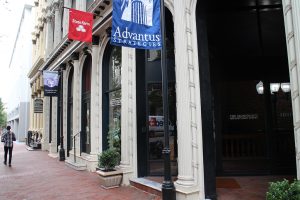 The group’s office is in the Ironfronts Building on East Main Street. (Jonathan Spiers)

The group is setting up an office downtown on the second floor of the Ironfronts Building at 1011 E. Main St. Zullo said they have a one-year lease for the 1,200-square-foot space.

A 2002 William & Mary grad, Zullo’s news career has included two stints at the RTD, where his beats over a total of four years there included City Hall, transportation and energy and environment.

Zullo said his wife alerted him to the job listing the same day as the latest round of layoffs at the RTD, which is owned by BH Media Group, a subsidiary of Warren Buffet’s Berkshire Hathaway. In February, the paper eliminated 21 positions affecting nine people, three of those in the newsroom.

“I applied and did a bunch of interviews and eventually got really excited about the idea of starting something brand new and building something from the ground up,” Zullo said.

He reached out to O’Connor, a former BizSense reporter who covered healthcare at the RTD. He then recruited Oliver, who spent three years at the RTD after a comparable stint as a staff reporter at Style Weekly.

Hankerson joined the group Friday after leaving the Virginian-Pilot, which last month was sold to media conglomerate Tronc in a $34 million deal that included other properties such as Style Weekly and Inside Business in Hampton Roads.

Oliver said such events factored into his decision to leave the RTD.

“It’s sort of demoralizing what’s going on with the print news industry, and I was thinking I’m still kind of young, I’m 32, what’s my next move,” Oliver said. “(Zullo) approached me and it just sounded like a great opportunity. I’m really excited about the chance to start something new and help shape it.”

“My husband works (at the RTD) too, so it’s nice to diversify your income,” she said. “It was too good an opportunity to pass up, and I think the nonprofit model is probably a big part of journalism’s future as print starts to fall away.”

Zullo, 38, said they’re aiming to launch Virginia Mercury in about a month. He said the name was chosen over others considered for how it sounded and its web domain availability. He said the name’s similarity to the Richmond Mercury, a local alternative newsweekly from the 1970s, is coincidental.

Zullo would not go into detail about how much money New Ventures Fund is putting into the launch, stating only that the site has national funding through New Venture “from donors who have supported these types of projects, like NC Policy Watch, for years.”

Both New Venture Fund and Hopewell Fund are managed by Arabella Advisors, a D.C.-based consultancy likewise focused on philanthropy and public interest projects. Since launching in 2015, Hopewell’s projects have included initiatives aimed at increasing coverage of women in media and how cash stipends could help alleviate poverty.

A 2016 tax return posted on Hopewell’s website shows that its net assets that year grew from $6 million to $14.7 million. The return describes the organization as specializing in “helping social/corporate entrepreneurs and other changemakers launch new, innovative social change projects.”

A request to RTD publisher Tom Silvestri for comment was returned by executive editor Paige Mudd, who said the paper is eager to see what comes of their former colleagues’ efforts.

“I’m sad to see those three folks go. They were great members of our staff and produced some great work for us,” Mudd said. “But my opinion is that competition is healthy, and if they push us to do even better work than we do now, then I’m all for it.”

News to me that the Times Dispatch ever had talent.