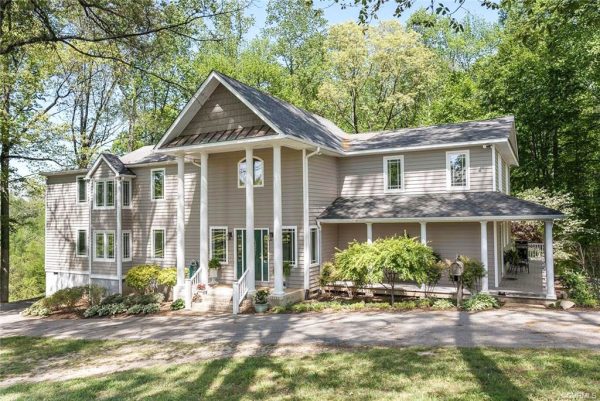 The owner of a local alpaca business is putting her venture on hold as she looks to sell her 18-acre equestrian estate and residence.

Wendy Hermes, who for more than a decade has run Hermes Alpacas with her husband Dan, has sold off her herd and is contemplating the business’s future as she seeks a buyer for their property at 12410 Bailey Bridge Road in Chesterfield County.

The couple is working with Coach House Realty’s Jenn Hart and Paul Collins, who co-listed the property and 5,700-square-foot house May 3 for $1.17 million. 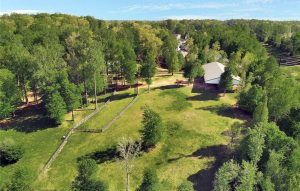 Aerial of the Hermes property.

Hermes said she bought her first alpaca in 2005 with the goal of raising and breeding them, and then gravitated to retail and wholesale by necessity when she saw sales of the animals drop during the economic downturn.

“I got into it for the animals themselves and to just breed them, re-sell them,” Hermes said. “The whole purpose of the business at that point in time was to raise awareness and also to bring up the quantities of alpacas in the United States, because it was all new.”

She re-learned how to knit and picked up dyeing and felting, and she started blending alpaca fiber with others to create different yarns that she sold wholesale, and as knitted items such as socks and sweaters.

“In the process of trying to figure out what I needed to do with the business, I started doing pretty much all aspects of it,” she said. “I just had a lot of fun with it.” 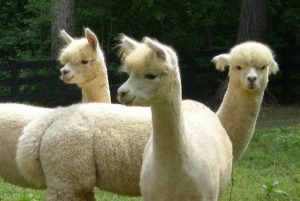 Hermes said she and her husband are looking to downsize and remain in the area but had to scale back their business while the property’s on the market. In addition to breeding and selling alpacas, Hermes also has kept horses on the property, and sold yarn made from alpaca fiber and items she knitted with it through her online store.

While she’s scaled back the business, Hermes said two hip replacements also have required her to scale back her horse riding, prompting her to sell or give away her horses.

“I’m pushing 60, and with two different hip replacements already, I think I need to be a little kinder on my body,” she said.

Since listing the property two months ago, Hermes said they’ve received inquiries from several parties, including one group that she said was interested in using it for a therapeutic horse farm. But so far, no offers, she said.

Hermes said she hasn’t said goodbye to Hermes Alpacas just yet but needs to sell the house before she can make a decision.

“I have a brand-new kitchen with white cabinets, and I can’t dye,” she said with a laugh. “That’s where I dyed my yarn, and I cannot do that. So now I’m kind of stuck.”

Hermes’ pastime is shared by another local businesswoman who weaves and spins her own wool. Margaret Hardy, president of Richmond law firm Sands Anderson, makes a hobby of spinning wool from her flock of Angora goats.