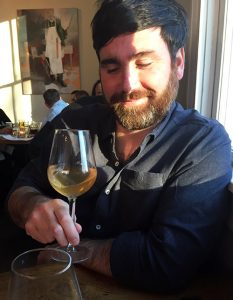 Steven Plant enjoying some of the fruits of his labor. Courtesy Plant Wines

After working in the wine business for over a decade in the Big Apple, a local entrepreneur is uncorking his own distribution business in Richmond.

A New York native, Plant worked in the wine distribution industry while living in Brooklyn for about 12 years, during which time he saw a rise in demand for natural wines – those made with minimal levels of intervention in how their grapes are grown, harvested and fermented, particularly the use of additives.

“I was in Brooklyn selling these when they first came around in the late ‘90s-early 2000s,” Plant said. “It went from one or two importers specializing in them and now there are 20 or 30. It’s a category that’s becoming more prevalent but still hard to find.

“In wine-making nowadays, you can add many things to make it something else, like adding enzymes for color and flavor or commercial yeast,” Plant said. “The people and wine markers we’re working with are farming organically and making what nature gives them.”

In 2015, Plant and his wife, Laura Marcus-Plant, moved to her native Richmond, where earlier this year, she opened a local office for Los Angeles-based design firm ENV. After working for some distributors in town and in D.C., Plant said it felt like time to go out on his own.

“This has always been on the back burner, and after meeting a lot of interesting people here and in D.C., I realized that there’s a need and interest for these wines,” he said. “I’ve been doing it as a sales rep for the last 15 years, I wanted to try it as a distributor and make my own mark.” 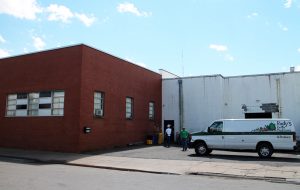 Plant wines will take up residence in the warehouse at 3413 Carlton St. (Mike Platania)

Plant Wines’ physical location is small to start, as it’s leasing a cooler at 3413 Carlton St. in Scott’s Addition, a warehouse it shares with Rudy’s Mushrooms and Seasonal Roots.

“It’s enough space for about 20 pallets of wine, and I’ll be getting a truck eventually,” Plant said.

Plant Wines will buy from David Bowler Wines and Jenny & Francois Selections, two importers he worked for in New York that get their wines from countries such as France, Italy, Spain, New Zealand, Portugal, Japan and others.

As for what Plant has been drinking lately, he said he’s been into Petillant-Naturels, also known as Pet-Nats.

“It’s just a really fresh and easy drinking. It’s made from a secondary fermentation in-bottle. It’s a really lively, naturally bubbly wine. I guess you could call it a ‘porch pounder,’” Plant said, laughing.

Hi guys – It’s great to have new wines in the RVA market, especially from quality importers such as Bowler and Jenny & Francois. Pet-Nats are not in fact made with a second ferment in the bottle, as described in the last paragraph of the article. The wine is transferred to the bottle while the primary ferment is still active, and it finishes in the bottle that it is sold in. Good luck to Plant Wines!