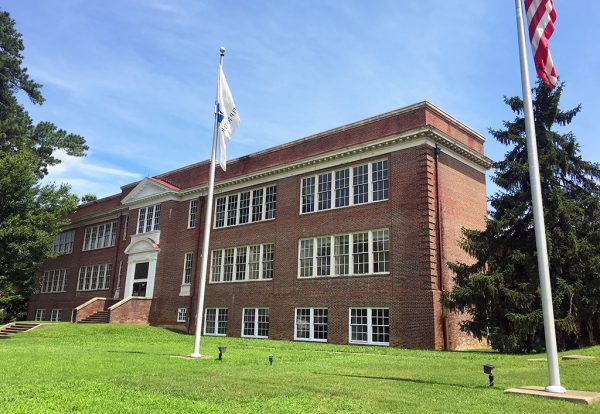 Bon Secours is seeking to rezone six acres at the corner of Libbie and Patterson avenues.

The prospects of future development at the old Westhampton School site took a step forward on Monday.

Bon Secours filed the request in late May, as it seeks to build a medical office development on part of the city-owned property and to field proposals from developers for the remaining pieces, including the existing school building.

Both the planning commission and City Council delayed voting on the topic in recent weeks, before the commission voted 8-1 in favor Monday afternoon. Council is scheduled to vote on it at its July 23 meeting.

Bon Secours spokeswoman Emma Swann said in a statement that the health care system is pleased with the decision, calling it a necessary step toward the ultimate redevelopment of the Westhampton School.

A 2012 deal between the city and Bon Secours gave the health system control over the vacant school building and its land in exchange for Bon Secours helping pay for the city’s deal to bring the Washington Redskins’ training camp to town.

A performance provision in that agreement calls for Bon Secours to redevelop at least 75,000 square feet, invest at least $24 million in the project, create at least 120 full-time positions, begin construction by March 1, 2019 and complete it three years later.

Swann said an internal analysis projects Bon Secours to spend between $45 million and $55 million on the project, and that the health system is paying the city more than just the $5,000-per-year lease it has on the property.

“Bon Secours has waived its nonprofit status as it pertains to the Westhampton property, and has paid more than $317,000 in real estate taxes on the property over the last four fiscal years,” Swann said.

A number of citizens from the Westhampton neighborhood spoke against the request, repeatedly raising concerns regarding parking, traffic and their desire to preserve the century-old building.

Bon Secours claims it has received nearly a dozen proposals from developers for the building, but has not disclosed any details, and has said it cannot guarantee it will preserve the building.

Planning Commission Chairman Rodney Poole said that though he supports the rezoning, he reminded Bon Secours to consider the community’s concerns.

Also at Monday’s meeting, the Planning Commission voted unanimously to approve rezoning of a property that would bring a brewery to the Forest Hill neighborhood.

A group of developers led by Birck Turnbull and Charles Bice are planning a mixed-use building at 4910, 4920 and 4930 Forest Hill Ave. that would include up to 38 apartments and ground-level commercial space that would be occupied by The Veil Brewing Co.

The rezoning would change the property to UB-2 Urban Business District. It also is set to get before City Council on July 23.

“A number of citizens from the Westhampton neighborhood spoke against the request, repeatedly raising concerns regarding parking, traffic and their desire to preserve the century-old building.”
Yes, it would be better to have the old building get boarded up, instead of having a good business continue to make it viable. I am trying to think of a less polluting, high quality of patronage combination to go in there. Westhapton people, get a clue – it could be a lot worse!

Frank not sure what can be worse considering it is a part of the Redskins deal that was full of broken promises, taxpayer bailouts, no jobs yet, and outright lies and now taxpayers and voters (and thus OWNERS) of the building are having their concerns pushed aside with the EDA and Planning Commission saying “trust us” the issues you have will be addressed. Problem is once rezoned, and under the agreement, Bon Secours can demo it all, building an office complex, and not due a parking study. This should be all done with a Special Use Permit.

Thank you for that. I stand corrected. I thought there were proffers, and a Special User Permit already. This does sound like a very risky situation indeed.