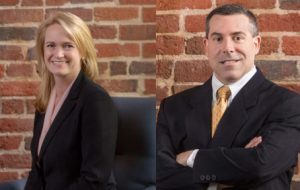 For its first geographical expansion in years, a Shockoe Slip-based law firm is headed for the suburbs.

ThompsonMcMullan recently opened a new office at 15871 City View Drive next to Westchester Commons in Chesterfield County. It’s the firm’s second office, adding to its longtime home at 100 Shockoe Slip in the Commercial Block building.

The move coincides with the addition of two attorneys – Carolyn White and Christopher McCarthy – who brought their small elder-law firm, White & McCarthy, into the fold at ThompsonMcMullan in recent weeks.

The City View Drive space had been their office, which ThompsonMcMullan President Chris Malone said is the firm’s first office outside of Richmond since it had a brief presence in northern Virginia years ago. 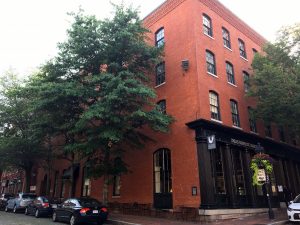 ThompsonMcMullan’s main office is in the Commercial Block building in the Slip.

Malone said McCarthy and White approached ThompsonMcMullan about joining forces and that the marriage will help beef up the firm’s established elder-law practice.

“It made perfect sense for a lot of reasons,” Malone said, adding that McCarthy previously worked at ThompsonMcMullan before going off on his own. “And geographically it provides an interesting office location for us.”

The addition of White and McCarthy brings the firm’s attorney headcount to 32.

It’s the second time this year ThompsonMcMullan has added attorneys. In January, it picked up Bev Crump after he left his namesake firm DurretteCrump, now is known as Durrette, Arkema, Gerson & Gill.