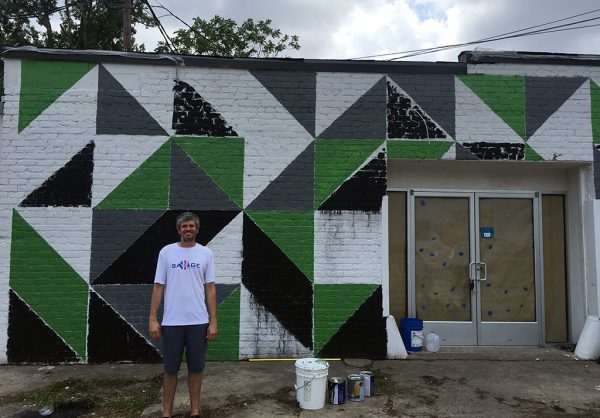 A year after setting up shop in Northside, a local retailer has outgrown its home and is moving a few blocks over while staying in the same neighborhood.

Savage Apparel Co. has purchased 2923 North Ave. in Brookland Park, where it will move its headquarters in the fall. The company has been based at 126 W. Brookland Park Blvd., which it bought last year. 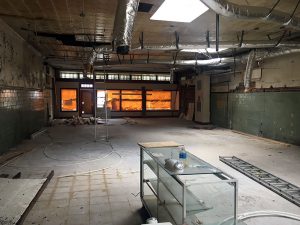 The apparel company is looking to renovate the building by the end of the year.

By moving a few blocks down the road, Savage President Todd Curran said the company will increase its space from about 2,100 to 3,600 square feet.

He said he was happy at the former location but ran out of room faster than expected.

“We’ve been able to expand our personnel since we’ve gotten more business,” Curran said. “But we just ran out of space.”

The buyer was an entity tied to local developer Cory Weiner, who has been on an acquisition streak in the neighborhood.

Savage paid $185,000 for its new building, per city property records. It most recently was assessed at $177,000. Colliers International’s Sara Williamson represented the seller, Nova Commercial Ventures I LLC, and Bill Mattox represented Savage in the deal.

The 92-year-old building is an empty shell and has been vacant for the last few years. It sits next to Black Hand Coffee Co.’s Cafe Nostra and fronts both North Avenue and Brookland Park Boulevard.

Curran said he believes it was a beauty salon or supply store once upon a time.

Savage is getting permits to begin renovations, which it will do in stages. The building eventually will house its offices, production area and a small showroom. Curran said the company purchases its fabric, then cuts, prints and sews garments in-house.

Curran said he’s aiming to have the office complete by the fall, and the showroom and production side done by the end of 2018. Dorsey Construction is the project’s general contractor.

Weiner, who has bought up a handful of storefronts in the Northside neighborhood, said he doesn’t have any concrete plans for the space but is in talks with possible tenants.

The neighborhood, which has seen increased interest for development in recent years, will host its fifth annual community celebration this Saturday, July 21 along Brookland Park Boulevard.