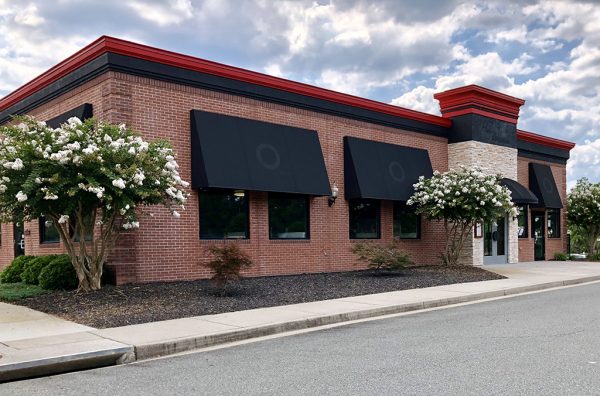 A seasoned local restaurateur is picking up where a sushi spot rolled out in a Far West End shopping center.

Autentico’s Kitchen is preparing to open in the former Hayashi Sushi & Grill space at 2160 John Rolfe Parkway in the John Rolfe Commons shopping center in Henrico.

The concept adds another notch to the belt of Autentico founder Michael Vitale, who with his father Sal Vitale co-owns Dolce Vita Italian Restaurant in Midlothian and for three years owned Vinny’s Italian Grill in King William, before selling it this year.

“Our family has been in the restaurant business for a while,” Vitale said. “I got started busing tables when I was 12.”

Autentico’s is targeting an Aug. 8 opening, with plans to hire about 25 people to staff the restaurant, Vitale said.

W. Doug Mallory with The Wilton Cos. handled the lease transaction.

Looking to stay true to his roots, Autentico’s menu mostly will serve up a variety of Italian steak and seafood dishes, Vitale said, adding that there will be a few pasta dishes with seafood. The location also will include a bar beer on tap, along with several cocktails.

“We’re going to have fresh seafood and steak brought in daily,” Vitale said. “The concept is to provide good, fresh dishes in a family-friendly atmosphere.”

Vitale said he was encouraged to open Autentico’s in the retail center because of the area’s continued growth, adding that the Publix and YMCA branch anchoring the property were important factors in selecting the location.

“There is a lot coming into that area. There are townhomes going up across the street from us, and the promise of more growth to come,” Vitale said. “We like the location, and think it’s going to be very successful given the area’s continued growth.”