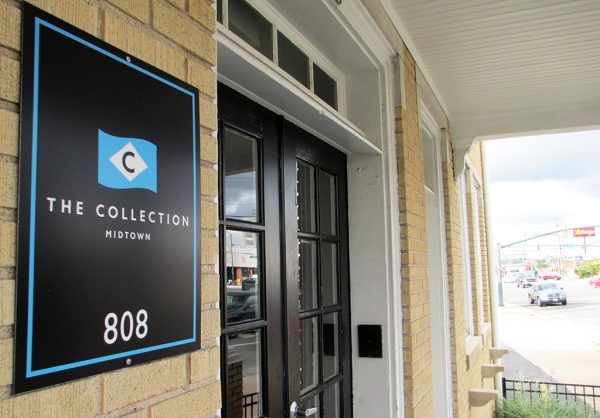 Twenty buildings in the Fan and Museum districts make up The Collection portfolio. (Jonathan Spiers)

A local development company and its Boston-based collaborator have pulled off an eight-figure flip in just over three years after finding an out-of-town buyer for the remainder of an apartment portfolio they picked up in the wake of a notorious Richmond landlord’s imprisonment.

Spy Rock Real Estate and Boston-based Davis Cos. sold their 219-unit Collection Midtown portfolio July 12 for $31 million, according to city property records. The sale comes six months after they listed the units along with their 157-unit Gallery Midtown complex, which sold June 5 for $25.1 million.

The two sales – totaling $56.1 million – represent a nearly $17 million windfall for the developers, who paid $30.8 million for all of the properties and put $8.4 million into renovations across the 376-unit portfolio. 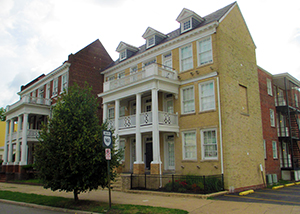 The yellow brick building at 808 N. Blvd. is one of 20 properties that make up The Collection.

That same year, the developers unloaded six of the 29 properties that made up the Jefferson portfolio for $6.36 million, bringing the total purchase price for The Collection and Gallery properties to just over $30.82 million.

The Collection, consisting of 20 buildings throughout the Fan and Museum districts, was sold to an LLC tied to Campus Apartments, a Philadelphia-based firm that provides on- and off-campus student housing in 18 states.

The company’s holdings include two sets of properties in Richmond: the Sydnor Flats apartments at 108 E. Grace St., and Pierce Arrow, a portfolio of apartments in the Fan and Museum districts primarily along the Boulevard.

A spokesman for Campus Apartments did not return a call seeking comment Monday afternoon. A message left for Spy Rock principal Andrew Basham was not returned.

The properties were listed in mid-January through ARA Newmark. Wink Ewing, Mike Marshall and Drew White had the listing, which did not include an asking price or deadline for offers.

Ewing described the deal as a “natural fit” for Campus Apartments, considering their presence in town with the Pierce Arrow portfolio in particular.

“I think they saw an opportunity to expand on what they already own and have been successful with on the Boulevard in that area,” Ewing said. 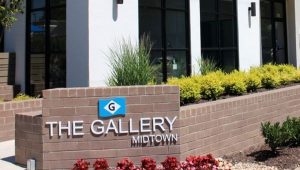 The Gallery complex, at 308 N. Nansemond St., sold to an LLC tied to Utah-based Peak Capital Partners, a privately owned real estate investment firm that owns dozens of apartment properties across the county.

Two years’ worth of renovations to the properties wrapped up last summer with the completion of a clubhouse and swimming pool at the Gallery, previously known as River City Court.

Basham said in February that putting the portfolio up for sale had been the end goal all along for Davis and Spy Rock, which Basham co-leads with fellow principal Taylor Williams.

The 376 units total nearly 298,000 square feet of rentable space and were 96 percent occupied when they were listed. Monthly rents for the units average about $1,200, and average unit sizes range from 768 square feet at Gallery Midtown to 810 square feet for the Collection apartments.

The sale comes at a busy time for apartment deals in Richmond. Earlier this month, the rehabbed 154-unit First National Bank building sold to a D.C. buyer for $39.3 million, and the bulk of West Broad Village and the 339-unit Flats at West Broad Village apartments recently hit the market.

Campus has been a good property manager in the Fan and the MD., far superior to its predecessor. I’m glad to see them expand their holdings by acquiring The Collection. Spyrock did a wonderful job turning those around those properties and Midtown Gallery, and now they all are under Good stewardship.

Spyrock did a miracle with Billy’s mess!!

But Campus as good manager? Go the corner of Blvd and Cary and look up at the roofs and downpours. The corner of the porch roof on one building has been in disrepair for months. Full of rot. They don’t do 1/2 the general or preventative maintenance the old Pierce Arrow ovners did. The kitchens in many are so dated kitchens now and no reinvestment in their units.