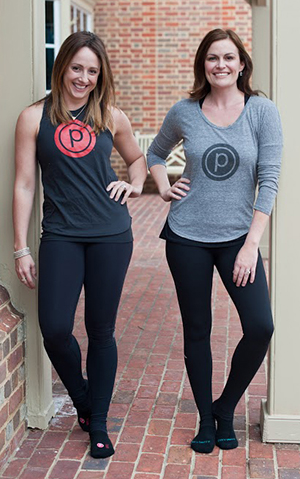 A fitness studio is hopping from one Short Pump shopping center to another.

Pure Barre, which incorporates a ballet barre into exercises, has signed a lease to open in the GreenGate development after closing its location at 4017 Lauderdale Drive in The Shoppes at Westgate in May.

Franchisees Sarah Love and Robin Moncol are behind the GreenGate location, which sits at 201 Maltby Blvd., Suite E.

The new spot will be their third Pure Barre in the area. They also run studios at 6234 River Road in the River Road Shopping Center – which Love owns individually – and at 1282 Alverson Plaza Drive near Huguenot Road, which they co-own. Pure Barre has over 450 locations in North America.

Love said the Westgate location was owned by a separate franchisee and that the location closed in early May after an issue with its neighbor and landlord. It had been open since 2014.

“The closing was a little out of their control but it was a no-brainer for me,” Love said. “It seemed like the right decision to have all three of the Pure Barres in Richmond under one umbrella. It’s more opportunities for my staff to be a part of not just one, but three studios.”

In GreenGate, Pure Barre will open in a 2,000-square-foot space next to the Mango Salon. Divaris’ Ali McCrickard and Brett McNamee represented Pure Barre, and Harrison Hall and Peter Vick represented the landlord in lease negotiations.

Love said they’re looking to open in GreenGate in November or December.

Many of GreenGate’s retail tenants opened their doors in 2017, and only a handful of retail spaces are left. Earlier this year West Coast Provisions opened in the development, while work is underway on taco chain Bartaco, which will open on the other side of Mango.