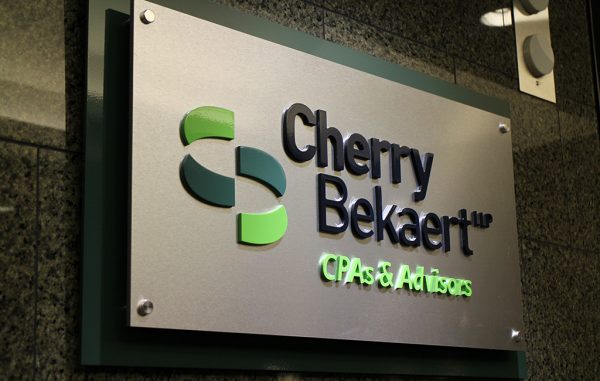 Cherry Bekaert is headquartered inside the Williams Mullen building downtown.

One of Richmond’s biggest accounting firms is caught in the crosshairs of a legal dispute between local real estate giant Thalhimer and a former employee – and it may get hit from multiple angles.

Cherry Bekaert was added as a defendant and sued this week for malpractice in the federal lawsuit filed by Thalhimer veteran and shareholder Steve Brincefield, a case that seeks to blame the real estate firm’s top brass and others for depleting the value of its employee stock ownership plan, in part due to an alleged accounting scheme at its now-bankrupt construction arm.

The newly amended complaint also claims that Thalhimer is pursuing its own potential lawsuit against Cherry Bekaert.

Brincefield originally filed the lawsuit last October as a 56-page complaint alleging violations of the federal Employee Retirement Income Security Act, conspiracy and other counts on a variety of deals and conflicts of interest that he claims depleted the value of the Thalhimer ESOP by millions of dollars.

The crux of the initial suit claimed a botched stock buyback in 2016 caused the ESOP to overpay for shares, and then led to shareholders returning money, in part to allegedly cover up financial struggles and accounting irregularities at MGT Construction, Thalhimer’s construction arm.

The amended complaint, a 110-page document filed July 30, continues that theme, while adding that Cherry Bekaert is partly to blame by not catching the alleged fraud at MGT as part of its duties as Thalhimer’s outside accountant. 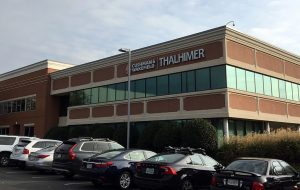 Included in the new complaint is a letter sent from Brincefield’s attorneys to Thalhimer CEO Lee Warfield in April. It states that an internal investigation conducted by Thalhimer concluded that Cherry Bekaert “should have discovered the issues at the company that led to material misstatements in the company’s consolidated audited financials.”

Those issues, the letter states, “include but are not limited to: accounting fraud, misallocation of revenue and costs, shifting of invoices, underbidding of construction jobs, and other accounting and financial problems at (Thalhimer) and its affiliated entities.”

Cherry Bekaert had been Thalhimer’s accountant since 2014. Its services included preparing financials for the ESOP and to restate Thalhimer’s audited financial statements for 2014-15 and 2016 after the troubles at MGT were discovered.

Brincefield claims Cherry Bekaert breached its professional duty to its client, was unjustly enriched and should be forced to pay that money back to the ESOP.

The letter and amended complaint also state that Thalhimer previously informed Brincefield’s attorneys that it planned to pursue legal claims against Cherry Bekaert and had retained law firm Wilcox Savage to do so.

A call and email to Cherry Bakaert CEO Michelle Loyd Thompson were not returned by press time.

Warfield said the company had no comment about the inclusion of Cherry Bekaert in the lawsuit.

In addition to Cherry Bekaert, the amended complaint adds as defendants Corporate Capital Resources, a firm that consulted Thalhimer on management of the ESOP, as well as Sheldrick, McGehee & Kohler, a Florida-based firm that provided valuation services to the ESOP.

The amended complaint claims that Sheldrick, McGehee & Kohler should have picked up on the “myriad red flags” in Thalhimer’s financial statements caused by MGT.

Brincefield claims all the defendants knew or should have known of the “precarious financial condition of MGT (and therefore Thalhimer) and purposefully ignored all of the red flags in the reports, board minutes, presentations and financials regarding MGT Construction/Thalhimer’s fraudulent accounting practices.”

Brincefield’s suit, which he also filed on behalf of the ESOP, seeks to force the defendants to reimburse the stock plan for any alleged losses and prevent the defendants from further depleting its value.

While the share price of Thalhimer stock was indeed battered in previous years due to MGT’s troubles, Warfield said Wednesday that the value has taken a turn upward in the last year.

“During company-wide meetings last month I was happy to communicate that Thalhimer’s share price has more than doubled year over year. We are proud of these results,” Warfield said in an email.

As to the amended Brincefield lawsuit, to which the Thalhimer defendants have yet to file a response, Warfield dismissed the allegations.

“The lawsuit is full of false and misleading factual claims,” he said. “At the appropriate time, Thalhimer and its leadership will respond with truth and facts. We are confident that the truth will prevail.”

Brincefield is represented in the case by John Craddock and Michele Burke Craddock of Richmond firm Craddock Law.