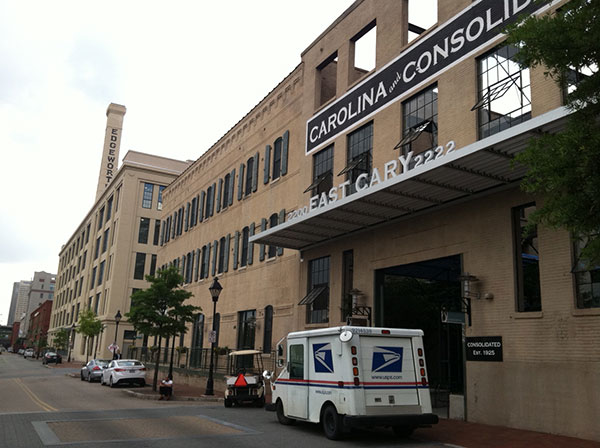 One of the Tobacco Row buildings owned by Forest City. (Photo by Michael Schwartz)

A portfolio of prominent local retail, mixed-use and office properties soon will be under new ownership as part of a massive deal between two national real estate firms.

Cleveland-based Forest City Realty Trust, which owns much of Tobacco Row in Shockoe Bottom and a stake in Short Pump Town Center, announced on Wednesday it will be acquired by Brookfield Asset Management in an $11.4 billion deal.

As part of the deal, Brookfield will acquire all outstanding shares of Forest City at $25.35 per share, according to a press release, along with the firm’s $8 billion national real estate portfolio.

Forest City owns 12 properties in Virginia, according to its website, nine of which are in metro Richmond:

Its ninth local asset is a one-third stake in Short Pump Town Center, which it owns along with local developer Pruitt Cos. and Australia-based QIC.

Forest City struck a deal last year to sell its remaining stake in the mall to QIC, but that deal has yet to close.

Neither Forest City nor Brookfield returned a call for comment about the acquisition, which is still pending, and its effect on its metro Richmond assets.