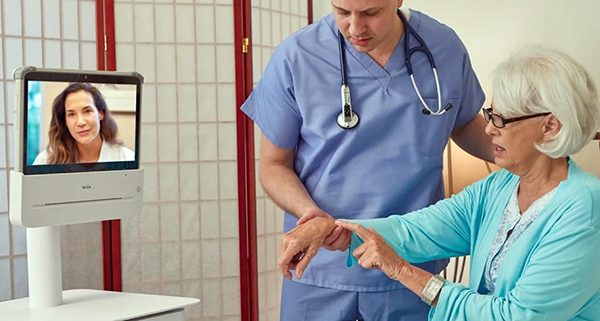 Avizia is a company that allows health care providers to interact with patients virtually.
Photo: Avizia

Two years after betting millions on a Northern Virginia-based telemedicine company, a Richmond private equity firm says it has successfully exited the deal.

Blue Heron Capital last month cashed out on its investment in McLean-based Avizia, which allows health care providers to interact with patients virtually.

Tom Benedetti, Blue Heron cofounder and managing partner, would not discuss the specifics of the firm’s return.

“We were very happy with the return, not only the size but also the speed,” Benedetti said, adding that Blue Heron also retains a stake in American Well as part of the deal.

He said Blue Heron put up approximately $4 million in Avizia in 2016, as it led an overall $14 million investment in the company that year.

Benedetti said Avizia and its investors were approached by several suitors and entertained offers in light of consolidation in the telemedicine industry. That was evidenced in part by Avizia’s 2017 acquisition of Carena, which had been based in Seattle.

“We’re not a buy-and-hold investor” Benedetti said. “We’re a buy-and-build and then there’s value created and we try to get people to pay you for that value, which is what happened here.”

Benedetti and Andrew Tichenor launched Blue Heron in Richmond in 2010. The firm targets businesses with $2 million to $20 million in revenue that have an established customer base, a working product and an established management team. It focuses mostly on health care, IT and services companies.

Most recently it was part of a group that invested $11 million into Homecare.com, an online platform that connects caregivers with families in need of at-home health care services.

Blue Heron typically holds onto its investments for three to five years before it makes an exit, primarily by facilitating a sale of the companies.

It has bought into eight companies through its Capital Fund I, which finished raising $25.5 million in 2013. That pool also includes an additional $8 million to $10 million in matching funds from its investors.

Benedetti said the firm is currently out raising money for a second fund, though he would not disclose specifics.

Fund I had around 40 investors, mainly those who have built and sold businesses, or have been C-suite executives. It will look to similar investors for the next fund.

The firm is also awaiting a move of its headquarters from the Stony Point office park on the Southside to Scott’s Addition, where it will take space in The Spur, a planned mixed-use development at the old the Phipps & Bird facility at 1519 Summit Ave. and 3015 Moore St.