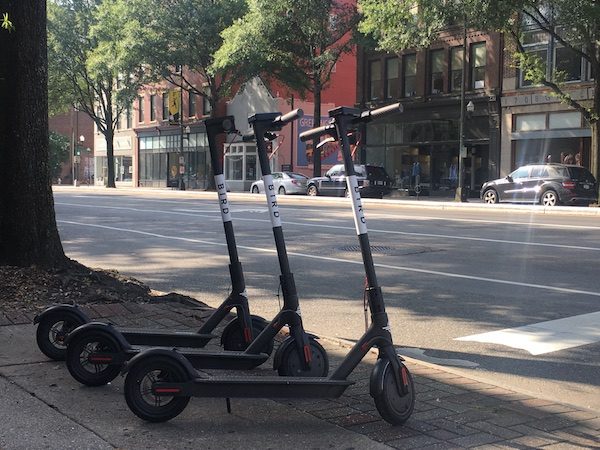 A West Coast scooter startup that took Richmond by surprise with an unannounced launch late last week appears to be flying in the face of the city’s rules.

Bird, the dockless electric scooter startup that dropped dozens of scooters across town Thursday, dropped more scooters the next day despite a city roundup.

The city responded Friday just as it did the day before, collecting and impounding the scooters.

“This company has not done what’s expected of a business to do business in Richmond,” said city spokesman Tom Byrnes. “They’re in violation of our ordinances.”

Bird representatives are scheduled to meet with the city Tuesday. The company would not comment further.

To operate legally in Richmond, Bird would have to reach out to the city and make a formal inquiry, Byrnes said.

“I’m not sure what the (exact) process is, but it would start with going to the city and expressing an interest,” Byrnes said. 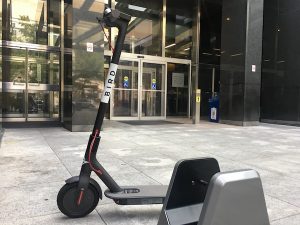 Byrnes pointed to City Code to clarify why Bird isn’t allowed to operate in town. By dropping groups of scooters on public sidewalks in Richmond, Bird was in violation of Sec. 24-59, which requires authorization for encroachments.

The section reads: “No encroachment or other use of a street, sidewalk or public way, in a manner not otherwise permitted to the general public, shall be authorized without the consent of the Director of Public Works, the Director’s designee or the City Council.”

As Bird and its competitor, Lime, which also has shown an interest in Richmond, have expanded nationally, different localities have grappled with how to keep both riders and sidewalks safer.

Bird and Lime both recommend riders follow local helmet laws, but neither provides helmets with its scooters. Richmond Police Department spokeswoman Chelsea Rarrick confirmed that City Code does not require users over 14 to wear a helmet while riding motorized scooters, skateboards or bicycles.

Should more scooters appear, Byrnes said the city will continue doing what it’s done so far.

“I don’t know if (Bird’s) gotten the ones that were taken yesterday. But as or if more appear, we’re taking them,” he said.