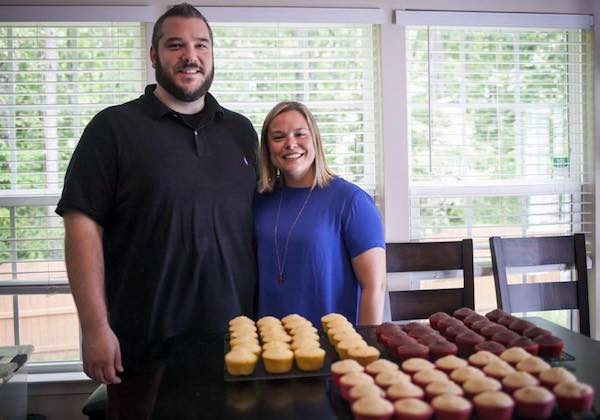 With a successful lobbying trip to the General Assembly behind it, a new booze-infused baked-goods shop has opened for business in the city.

Lush Cupcakes opened a retail storefront this month at 3001 W. Clay St. in Scott’s Addition, where it shares a building with ice pop maker King of Pops.

Lush makes cupcakes with various types of liquor baked in. Owner and VCU alum Rachel Bolling started the business two years ago after testing some recipes at a friend’s “stock-the-bar” party.

“I was making cupcakes for it and I figured I’d just throw in some booze. I wound up making some White Russian ones,” Bolling said. 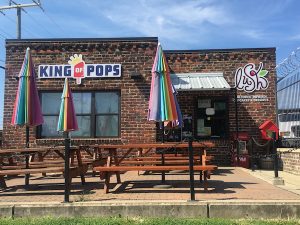 They were a hit and before long, Bolling started Lush initially as a home-based business. Its most popular item is a Godiva-Hennessy cupcake.

The only impediment was a Virginia law that limited Bolling’s baked goods to an alcohol content of 0.5 percent or less, a requirement that eventually led her to the General Assembly.

“It’s easy to get over half a percent, to tip over that,” she said. “In order to have some more flavor and not worry about the ABV content, we decided to try to lobby for it.”

It wasn’t Favola’s first time bringing cupcake-based legislation to the G.A. floor. In 2014, she patroned a bill Carytown Cupcakes lobbied for that expanded the types of alcoholic beverages a bakery can serve.

Lush and Favola’s bill introduced the idea of a confectionery license, a new type of ABC license that allows for a bakery to produce and sell baked goods that have up to 5 percent alcohol content.

The bill passed in February and was signed into law, opening up more opportunity for Lush’s business.

To put the new license to use, Bolling decided to search for a storefront and said she got word that King of Pops was set to have extra space in its Scott’s Addition location.

Bolling signed a lease and said she’s looking to expand her menu to include a “cupcake shooter” as well as ice creams and parfaits, all infused with booze. However state law still requires that cupcakes sold at the shop be consumed off-site.

After her victory in the legislature, Bolling said she has other changes to state law in mind, including bills that would allow her to wholesale and do delivery.

“Needless to say our work is not done,” Bolling said. “We’re still working on the exact bills, but the biggest aspect would be changing the ability to resale the higher-percent stuff and to be able to deliver.”

Elsewhere in the local bakery scene, Pearl’s Cupcake Shoppe is moving its store from 5812 Grove Ave. to 5811 Patterson Ave. in the West End.