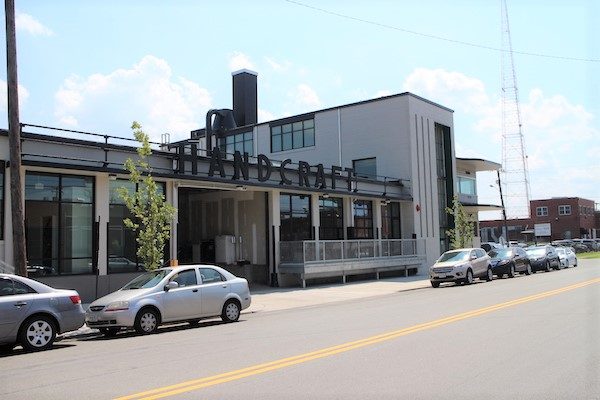 The HandCraft building, which takes up nearly an entire city block, is now fully leased out with 10 tenants. (Mike Platania)

One of Scott’s Addition’s largest commercial redevelopments is officially at maximum occupancy.

Nasdaq Dorsey Wright, a locally based affiliate of stock market giant Nasdaq, has signed a lease to occupy the last available 5,600 square feet in the HandCraft building at 3300 W. Leigh St.

NDW will leave its office in the Boulders Office Park in Chesterfield in favor of Scott’s Addition, taking space next to consulting firm The Fahrenheit Group.

The company has 25 local employees and is looking to be moved in by the start of 2019.

The HandCraft building’s journey toward redevelopment and full capacity began in 2014, when the dry cleaning company announced plans to move its headquarters to the West End and began fielding proposals for uses of the 72-year-old Scott’s Addition property.

Early on, HandCraft owners and brothers Jay, Keith and Jeff Nichols ruled out converting it into apartments and opted for a multicommercial tenant redevelopment. The move has netted them a variety of tenants ranging from a brewery to a publicly traded plumbing equipment giant.

The total cost of the redevelopment has not been disclosed. When the project was announced in 2014, the building was assessed at $2.3 million. It most recently was assessed at $8.6 million.

congrats to the Nichols brothers and Divaris for their success in filling this building with a variety of uses and tenants. I admit I had my doubts, but one cannot argue with the location and hipness of the community.