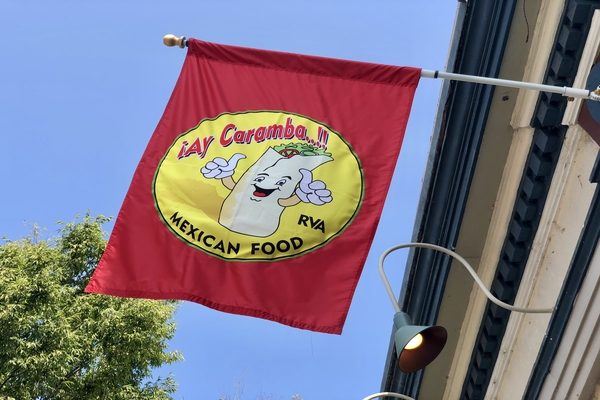 A local food cart veteran has put down roots in a long-vacant space along the Arts District’s Grace Street corridor.

“I’ve wanted to have my own restaurant ever since I came to this country,” said Gomez, who immigrated to Richmond from her native Morelia, Mexico, in 1999. “It has taken a lot of hard work to get here, but I’m ready to take this next step.”

Kenn-Tico closed the 1,800-square-foot restaurant in March 2016 to focus on its catering and food cart businesses, which remain in operation. The company has been using the Grace Street space as a deployment area for its carts, leaving the restaurant space mostly vacant. 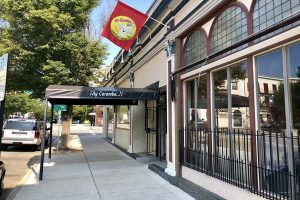 Taking a play from the made-to-order, pick-your-own book of Chipotle-style dining, Gomez said Ay Caramba will prepare several of its taco, burrito, quesadilla and salad dishes to the customer’s liking.

“People will come through the line, and we will add in what they want on their meals,” Gomez said. “I want to give people as many options as I can give them.”

Ay Caramba also includes several vegetarian options, Gomez said, with many of its sauces and salsas being prepared in house with recipes passed down from her late mother and sister.

“They’re recipes that I have been handed down to me from my mother, who learned them from my grandmother,” Gomez said. “When I started this, I wanted to prepare the same dishes for people that I would make for my own family.”

Meals will cost from $4.75 to $14.75. Gomez wants to keep them affordable to draw college students, residents and workers in the area. Ay Caramba also has an ABC license pending.

“This part of neighborhood is missing good, authentic Mexican food at an affordable price,” Gomez said. “I wanted this to be a place where a student going to college could afford a good, home-cooked meal for a fair price.”

For eight years Gomez and business partner Edith Luu have been operating the Ay Caramba food cart at the corner of North 11th and East Marshall streets near VCU Medical Center.

Prior to that, Gomez worked for Kenn-Tico owners Tico and Kenny Sanchez at their food carts.

“It was a wonderful learning experience,” Gomez said. “They have helped a lot.”

One of six children, Gomez came to Richmond to chase her American dream of owning a restaurant, with her mother and sister encouraging her along the way.

It hasn’t been easy.

Gomez lost her sister to cancer about two months ago, preceded by their mother’s passing two years ago.

To make ends meet, Gomez works at the food cart daily and also operates a business cleaning homes and offices on the side.

“It’s hard sometimes, but this is what I have to do to make my dreams come true,” Gomez said. “I have to do this all on my own, I have to pay the rent … all that takes hard work. No one is handing me anything.”

While Gomez would not disclose how much she has invested in Ay Caramba, she said much of her savings has been spent on starting the restaurant. But with the restaurant now open, Gomez said she’s ready to fulfill her promise to her late mother and sister.

“They encouraged me to do this, and here we are,” a teary-eyed Gomez said. “This is for us all.”

Welcome to the neighborhood! Our office is right across the street, so I’m sure we’ll be there often.

I can’t wait to check out this new restaurant, what an amazing story!