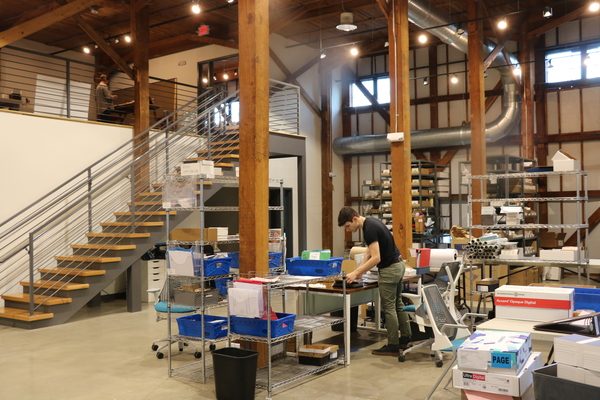 Following years of steady acquisitions, a Richmond printing company has sold off a piece of its business.

“It almost fell into my lap,” Roberts said of the deal, terms of which were not disclosed. “I’ve done business with them for years. I was chatting with the chairman one day and he mentioned there was an interest in selling it. I got home and I thought about it and then I said, ‘Hey, I’d like to purchase it.’”

The deal was finalized June 29 and the company has settled into a new home in Manchester. 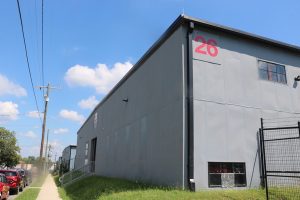 It now operates out of the Clopton Siteworks, a cluster of repurposed warehouses at 2601 Maury St. built by developer Lynx Ventures as a low-rent new home for entrepreneurs. Roberts leases 5,950 square feet of the 10,000-square-foot warehouse.

Page Stationery has a staff of nine, including Roberts. Six employees were with Page before Roberts took over and two are new hires.

Roberts is rebranding the company as Page Letterpress.

That move coincides with her plans to expand into selling to corporate clients while continuing the company’s customized and boxed products such as wedding invitations, greeting cards and thank-you notes that are sold wholesale to stationery retailers and direct through its website.

“I organized the company as Page Letterpress because at some point I’d like to focus on the commercial market,” Roberts said. “How wonderful would it be to have coasters in distilleries and craft beer houses around the country? I wanted to have a little more breadth, so it’s not just stationery products.”

The sale follows Worth Higgins’ recent streak of growth via acquisition as the company purchased a Scott’s Addition sign company plus a Chesterfield-based engraving and printing business.

The company declined to comment on why it sold the Page division. But Benny Bowman, president and COO of Worth Higgins, said Roberts is well-suited to “take it to the next level.”