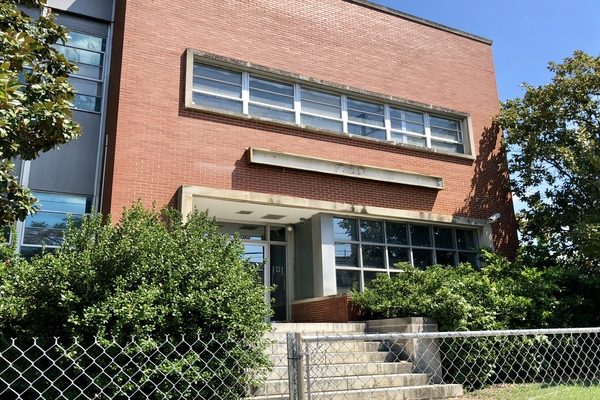 The former Virginia Department of Game and Inland Fisheries at 4000 W. Broad St. will soon come down to make way for a new apartment development. 4010 and 4016 W. Broad St. also will be razed. (J. Elias O’Neal)

After letting a 5-acre former state agency headquarters sit idle along West Broad Street for more than two years, a Virginia Beach developer is jumpstarting its plan for a mix of apartments and commercial space on the site.

Kotarides Cos. plans to launch construction in the fourth quarter on its revamp of the old Department of Game and Inland Fisheries offices at 4000, 4010 and 4016 W. Broad St.

Plans call for the existing buildings to be razed and replaced with three four-story buildings that will include 238 apartments and some ground-level retail – although Kotarides development manager Danny Blevins said the amount of commercial space is yet to be determined.

“Residential is more of our thing,” he said. “We don’t do a lot of commercial.” 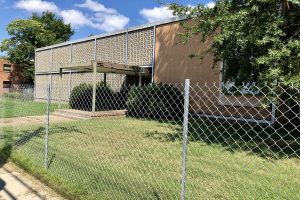 The building at 4016 W. Broad, and a parking lot 3900 W. Broad St., will be razed for Kotarides Cos. Belmont Apartment development. (J. Elias O’Neal)

The project is dubbed the Belmont Apartments and construction is slated for completion by 2021. An architect and general contractor have not been selected, Blevins said. The company has all necessary approvals from the city for its plan of development.

Kotarides would not say how much it plans to spend on the development.

The properties most recently were assessed for $4.8 million; that includes a $99,300 assessment of a 2.7-acre driveway on the site that falls within Henrico County. However, much of the site construction will fall within the city.

Belmont Apartments would be Kotarides’ first project in the city. The company focuses in single-family and multifamily residential construction, mostly around Hampton Roads, and in the Charlotte and Raleigh-Durham metros.

In recent years, Kotarides made moves into the Richmond area. In November 2015 it completed the 368-unit Clairmont at Chesterfield development near Chesterfield Towne Center.

It acquired the Broad Street site in March 2016 for $5.1 million, after DGIF relocated its headquarters in July 2015 to 7870 Villa Park Drive in Henrico.

The company hasn’t done much with the property since, which Blevins said has to do with the firm’s focus on other projects around the state. 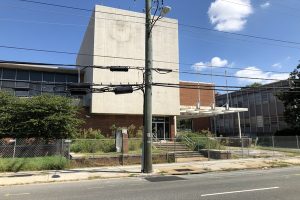 Fencing went up a few weeks ago to prevent vagrants and vandals from entering the property, including at 4010 W. Broad St. (J. Elias O’Neal)

It did erect a chain link fence around the buildings a few weeks ago, Blevins said, which was necessary to keep vagrants and vandals out of the properties.

Kotarides’ new project likely will soon have more mixed-use competition along that stretch of Broad.

United Methodist Family Services announced last month it has entered into a long-term land lease with Richmond-based Spy Rock Real Estate to develop the 4.5-acre fields at the front of its campus along West Broad Street with a mix of apartments and commercial space.

Spy Rock plans to build two four-story mixed-use buildings with more than 200 apartments above ground-floor commercial space fronting Broad Street. The company has said the project would be comparable to its Preserve at Scott’s Addition and Symbol developments across the expressway.

Interesting (and alarming) that there is an approved POD that entails wiping away a mid-century architectural gem, but an architect has yet to be selected. Does not bode well…

I almost always prefer adaptive reuse, but we haven’t seen a rendering for the new building yet. The DGIF was always very unattractive and I’m not sure the 3 (or 4?) buildings made for good utilization of their lot. It always looked very disjointed.

It’s an absolute shame that yet another one of Richmond’s very few examples of Mid-Century Modern architecture is being razed in favor of a (sure to be) bland and generic development.