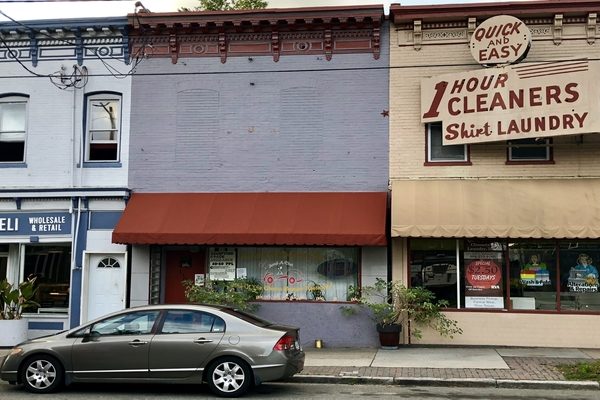 For 11 years, Michael Ng has helped drive new restaurant and real estate investment on a particular block of Jackson Ward.

Now he’s headed across the river to Manchester on a similar mission.

The $206,000 purchase was Ng’s first in the Southside neighborhood. He’s eyeing additional properties, with a plan to attempt to replicate in Manchester the success he’s had in Jackson Ward in helping build a sort-of restaurant row along North 2nd Street between East Broad Street and East Marshall Street.

“It’s really become a restaurant row down there,” Ng said of North Second Street. “That was always the vision. Now, it’s time to carry that same concept to Manchester.” 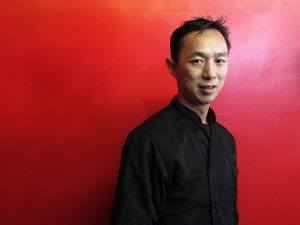 Ng started on that block in Jackson Ward by running his Thai Cabin food carts and eventually his Thai Corner restaurant out of 325 N. Second St.

He now leases out that building to Korean restaurant J Kogi, and also owns 319 and 321 N. 2nd St., the latter of which is set to be occupied by Soul Taco as it replaces the short-lived Caribbean restaurant The Pot.

And last spring, he sold 315 and 317 N. Second St. for $400,000 each to Fairfax-based North Second LLC. The building houses Big Herm’s Kitchen and Fighting Fish – two restaurants Ng helped bring to the neighborhood.

While remaining bullish on Jackson Ward, Ng acknowledged that development opportunities are growing more scarce and expensive in the vicinity. That prompted him to look across the river to Manchester.

“It’s still not as developed as Jackson Ward,” Ng said of Manchester. “But it’s starting to get there, so now was the time for me to start looking for more deals in the neighborhood.”

The deal included the purchase of the lease of Ghetto Burger, which has been a part of the neighborhood’s dining scene for about eight years.

“The restaurant has a year on its lease,” Ng said. “We’re going to see how we can help each other.”

In the meantime, he’s hoping to secure more properties similar to 1303 Hull St. along the neighborhood’s primary commercial corridor.

“I want something that will lend itself to restaurant development,” Ng said.

Manchester already has had an influx of new restaurant development spill onto Hull Street.

Other ventures the duo has in the works nearby include the Butterbean Market and Cafe, which remains under construction at 1204 Hull St., along with Dogtown Brewing Co. at 1209 Hull St.; and Manastoh Brewing in the old Bank of Commerce & Trust building at 1128 Hull St.

Anthony “A.J.” Brewer, owner of Brewer’s Cafe at the corner of Bainbridge and East 12th streets, is preparing to start work on Brewer’s Waffles at 1309 and 1311 Hull St. Work also is underway on Pig and Brew at 1313 Hull St.

“It all depends on whether I’m able to secure the types of the properties that make such a concept work there,” Ng said. “But I think it’s a concept that would work well for Manchester. It’s all a process, but they’re hungry for it, and I’m excited to see where this all goes.”

I met Michael when he was experimenting with is food truck business. I served as his occasional guinea pig, tasting his largest concoctions. The man has entrepreneur in his blood!
Give me a call Michael. I have a building for you.

Hopefully those at Send-a-Chef / Ghetto Burger can find a way to hang around… The authenticity of places like that can be irreplaceable. Exciting development nonetheless.

Interesting that article alludes to an improved 2nd Street. From Broad to they alley (along 2nd) it is all vacant and falling down. After the public alley you see a 2 unit (no retail apartment building) followed by Bail Bonds and then Ng’s buildings. Which also included the 3 year BoDillaz that was “looking for bigger space” and Ng got from the owner of BoDillaz said at the sale of the building in 2017 and almost 18 months later still have not found a new space??? Ng is working hard but the article makes it seem the block is booming… Read more »

Michael Dodson,
Most of the properties around me has been pursched by a Dc deleloper, Douglass Jamar Deleloper.