Brandefy, a technology startup that helps consumers whether to buy store- or brand-name products, launched and was selected into local accelerator Lighthouse Labs’ latest class.

Richmond Raceway announced an extension of VCU Health’s partnership as the official health care provider of the track through 2021.

Cornerstone Architects announced a company rebrand of its name, logo, website and other corporate materials. 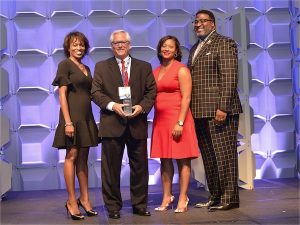 The Airport Minority Advisory Council recognized Jon E. Mathiasen, president and CEO of the Capital Region Airport Commission, with a Hall of Fame award at its Airport Business Diversity Conference in Seattle.

Caturra on Grove, formerly known as Cafe Caturra, expanded its offerings to become a full-service bistro and bar.

Bron Hansboro of The Flower Guy Bron, and Meghan Ely of OFD Consulting will be speaking on topics at both The Special Event and Catersource, a pair of wedding trade shows happening in Feb. 2019 in New Orleans. 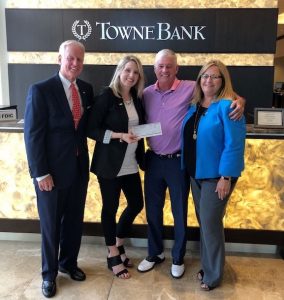 TowneBank donated to nine nonprofits, one in each region the bank serves. (Courtesy of TowneBank)

The Center for the Study of Tobacco Products at VCU has received a $19.78 million grant through the National Institutes of Health and the FDA Center for Tobacco Products to launch a five-year project focused on predicting the outcomes of government regulations of tobacco products, including e-cigarettes.

The Virginia Home announced the largest donation received in its history, a gift of over $6 million from the Cyril Motley family of Chesterfield County.

The Virginia Bankers School of Bank Management graduating class of 2018 presented more than $4,600 to Project Lifesaver and additional money and supplies to the Virginia Institute of Autism.

TowneBank provided donations to nine nonprofit organizations, one in each region the bank serves. Locally, it donated to Fore Children.