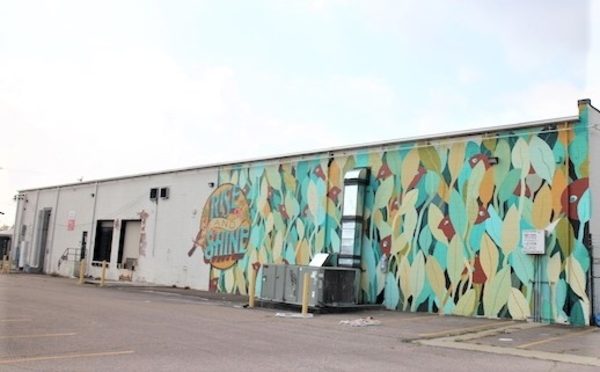 A local moonshiner is doubling down in Manchester.

Belle Isle Moonshine has signed a lease to double the size of its production facility at 615 Maury St. in the Southside neighborhood.

The distillery will take over an adjacent space in its warehouse, going from 7,000 to 14,000 square feet.

Founded in 2013, Belle Isle makes flavored moonshines distilled from corn mash that it touts as an alternative to vodka. Its products range from 35 to 50 percent alcohol.

Co-founder Vince Riggi said the new space will be for production.

“As we were building out our five-year production plan and looking at our growth rate, we felt it was time to set a foundation with more space,” Riggi said.

Belle Isle is looking to get into the new space, which had been an Altria mail-sorting facility, by early 2019. Riggi said they’ll knock down some walls and do some light renovations ahead of move-in.

Belle Isle’s facility also includes office space for its staff of about 30 full-time workers. There are no immediate plans to add a tasting room, but Riggi said they’ll most likely explore that idea in the next three to five years. 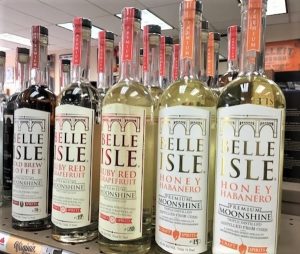 Belle Isle moonshine can be found in 12 states, with about 40 percent of sales coming from Virginia. (Mike Platania)

The company distributes its spirits to 12 states, with Maryland, Georgia, New York and Pennsylvania among its top locations. Riggi said about 40 percent of Belle Isle’s sales come from Virginia. He noted that 70 percent comes from consumers buying bottles at liquor stores and 30 percent from restaurant sales.

Riggi said the honey habanero and ruby red grapefruit are its most popular, accounting for roughly 35 and 28 percent of national sales, respectively.

Trial & Error, an offshoot distillery of pasta shop Bombolini, recently launched in the Fan. Three Crosses Distillery opened in Powhatan. And Virago Spirits launched near The Diamond in the spring, with plans to open a tasting room this fall.