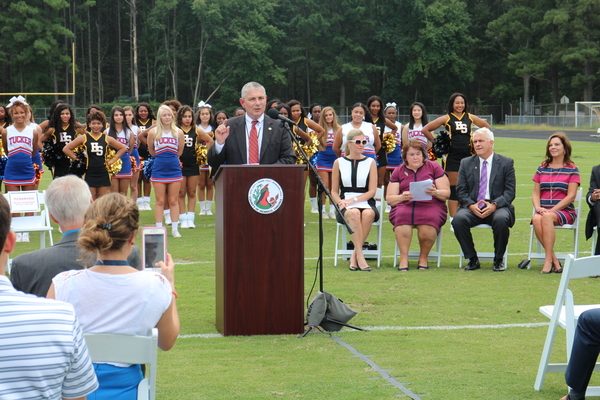 At a press conference last Thursday on the Highland Springs High School football field, county administrators and elected officials announced plans to build replacements for that school and J.R. Tucker High School in time for the 2021-22 school year.

The new Tucker High School will replace the existing campus at 2910 N. Parham Road, while the new HSHS is to be built on adjacent land that the county is under contract to purchase.

The two projects, each slated to cost $80 million, are a change in course from previous plans stemming from the $420 million bond referendum that county voters approved in 2016. 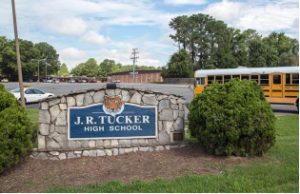 The referendum, which included $272.6 million for schools projects, included a $55 million renovation for Tucker and $42 million for a business innovation center to be built in the Varina District, where Highland Springs is located.

“As we started planning this facility and looking more closely at our needs, we realized that we had an opportunity to do something bigger for the East End,” said Tyrone Nelson, who represents Varina on the Henrico Board of Supervisors.

The funds for those two projects are instead being put toward constructing the two new schools, which also will be paid for with $26 million in reserves from the county’s 4 percent meals tax – another publicly endorsed measure that voters approved in 2013 to support schools projects.

The rest of the schools’ cost would be covered by $32.2 million in Virginia Public School Authority bonds and $4.8 million in other funds the county has identified.

County Manager John Vithoulkas, who said the projects would be “transformative,” credited the voter-approved meals tax and bond referendum for making the change in plans possible.

“Our residents spoke loud and clear in 2013 when they approved a meals tax to increase funding for our schools’ operating and capital needs. They spoke again in 2016 when they approved the bond referendum,” Vithoulkas said. “Because – and only because – of this support, we are able to do something special.” 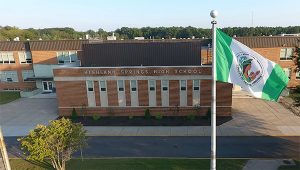 Highland Springs High School is the oldest high school in the county. (Courtesy of Henrico County)

Built in 1952, HSHS is the oldest high school in Henrico and has the highest student population at nearly 1,900 – a capacity issue that Nelson said the new facility would address. Tucker, built 10 years later and totaling 1.82 million square feet, is the only high school in the county that has not been renovated. HSHS, totaling 1.29 million square feet, was renovated in 2008.

Officials said the new facility would improve security at Tucker, which is one of the county’s few outdoor campus-style schools. Another outdoor-campus school, Tuckahoe Middle School, is in the midst of a $28.2 million renovation included in the bond referendum.

“(Tucker)’s physical needs are significant,” said Michelle “Micky” Ogburn, Henrico School Board chairwoman. “Of all of our high schools, it’s the only one that’s received no renovations since it opened.”

Ogburn was joined by other school board members, supervisors and new schools Superintendent Amy Cashwell, who was named to the post in June. 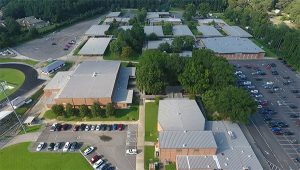 The county is aiming to start construction on both schools in fall 2019. Vithoulkas said next steps would include architect selection, which he said likely would involve one firm that would design both schools. The projects then would be put out for bids from contractors.

For the new HSHS, Vithoulkas said the county is under contract to purchase the adjacent 15-acre site for $1.4 million. The wooded land between the existing school and Airport Drive consists of two parcels that straddle East Beal Street, which would be closed to traffic when the new facility is constructed.

The land is owned by an entity tied to Marchetti Properties, a Henrico-based real estate firm behind several developments around Richmond, including the Wegmans-anchored Stonehenge Village center in Midlothian. The firm also owns the land proposed for The Lake District at Glen Allen, a 323-acre mixed-use development planned in Hanover County by Virginia Beach-based Boyd Homes.

Vithoulkas said the land had been on the market for awhile. County property records show that Marchetti Properties purchased the land in 2002 for $175,000. The latest county assessment valued the combined property at just below $1.15 million. Vithoulkas said the county had the property appraised and had an outside review of that appraisal before putting the land under contract.

The existing HSHS building will be retained and put to another use. The county is weighing whether the building could house the business innovation center that had been planned for the Varina area.

While Henrico irons out the details of those projects, other school systems in the area are taking their own approaches to funding new facilities.

This year, the City of Richmond increased its meals tax from 6 to 7.5 percent per dollar spent at a city restaurant, a move expected to generate over $9 million each fiscal year that would be used as leverage to borrow $150 million for new school construction and renovations.