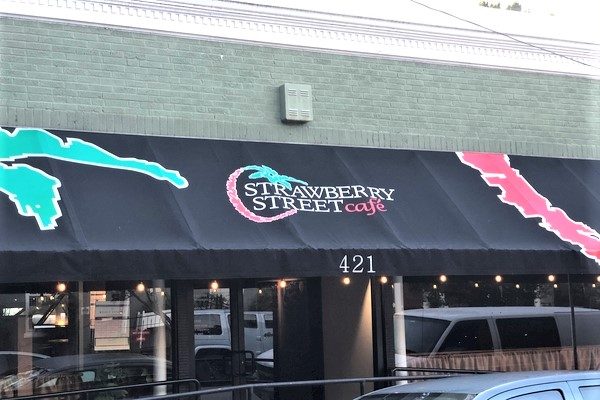 Restaurateur Ron Joseph is selling the Strawberry Street Cafe in the Fan for about $1.4 million. (Sandy Appelman)

After nearly 30 years of lunches, brunches and dinners, a long-time Fan restaurateur is preparing to bow out of the city’s food scene with the sale of his establishment.

Owner Ron Joseph has put the Strawberry Street Cafe on the market for sale.

The business and its building at 421 N. Strawberry St. are listed for about $1.4 million. Sandy Appelman, a broker with Keller Williams, is handling the sale.

“Twenty-eight years in the restaurant business is a long time,” Appelman said. “Ron is ready to move on from the Richmond dining scene.”

As part of the listing, Appelman said the prospective buyer would receive all equipment, furniture and real estate, which includes the café’s 3,500-square-foot building and the 16-space parking lot behind the property at 2217 Rear Park Ave. It also includes all intellectual property, such as recipes, menus and licenses.

The property, which is zoned B-2 commercial, most recently was appraised by the city for $735,000. Joseph renovated the 120-seat restaurant last year to include new wallpaper, light fixtures, bar stools, cushioned booths and flooring.

Joseph would not comment about the sale or his future business dealings once he parts with the restaurant.

In July, Joseph announced he was partnering with John and Barbara Mullins, owners of Dozier Port Urbanna Marina in Urbanna, to open a restaurant in the riverside town, according to a Richmond Times-Dispatch article.

The status of the restaurant project is unclear. Neither John nor Barbara Mullins could be reached for comment Tuesday afternoon. 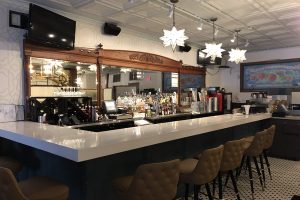 Strawberry Street Cafe has been a staple in Richmond since the mid-1970s. Joseph started out as a cook at the restaurant in the early 1990s before partnering with previous owner Grayson Collins to eventually buy the business as its sole owner in 1994.

Appelman said Joseph is looking for a buyer that will preserve the legacy of Strawberry Street Cafe, and will maintain its current employment base and neighborhood character.

“This is not a fire sale,” Appelman said. “Ron wants someone to take over this business that’s going to take care of his employees, and is going to maintain the restaurant. That’s very important for him, and he’s not going to sell until he can find an operator willing to do that.”

Hope the buyer keeps the name and bathtub salad bar. Best of luck with the sale.

Ever since the renovation and the current owner buying out his partner the restaurant has lost a lot of its allure. The interior lighting is now too bright to the degrees there is no ambiance and a lot of the updates look like what I would find in a chain restaurant and not in The Fan. Gone, too, are the Monday night specials on burgers, quiche, and wine. I want to like Strawberry St. Cafe because I used to visit often, it had a nostalgic charm, and it is nearby. However it feels different now. A new owner can probably… Read more »