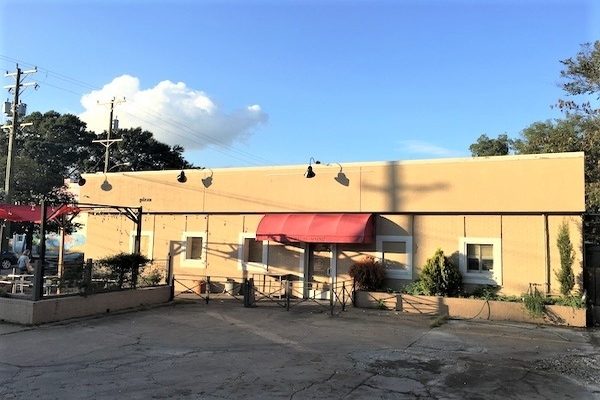 Fire & Hops will be opening in the former Stuzzi location at 1 N. Belmont Ave. (Mike Platania)

The family behind a Brandermill-area Italian joint is branching out into the city and picking up where a recently shuttered restaurant near Carytown left off.

The owners of Sergio’s Pizza & Craft Beer in Chesterfield are opening Fire & Hops in the former Stuzzi location at 1 N. Belmont Ave.

Joe Conigliaro, one of the partners behind Fire & Hops, confirmed the new venture.

“We got lucky,” Conigliaro said. “We’ve been eyeing this particular location for years. When the opportunity came to lease the space, we took it.”

Stuzzi closed in June after nearly eight years of business, leaving its prime space between the Museum District and Carytown up for grabs.

Fire & Hops is Conigliaro’s first restaurant in Richmond. His family has owned Sergio’s at 4824 Market Square Lane near Brandermill for nearly 30 years.

Their venture in the city will remain a family affair, Conigliaro said, with his cousins and fellow restaurateurs Filippo Altadonna and Antonio Altadonna joining as fellow owners and operators.

The trio plans to invest about $150,000 to renovate the Stuzzi space and purchase new equipment, Conigliaro said, including a new wood-burning, gas-assisted oven that will keep the pizza cooking at a consistent temperature.

He said the new oven will become the focal point of the 2,400-square-foot restaurant. Other improvements include the addition of a four televisions and upgrading the pizza bar.

Fire & Hops will not be a repeat of Sergio’s, Conigliaro said, adding that while the location will serve pizza, it’s planning to add several new items to its menu, including burger sliders, sandwiches and tacos.

“We’ll have a few pasta dishes, but this is going to be a totally different concept with different food,” Conigliaro said. “Since this is our first restaurant in the city, we wanted to switch it up.”

Aside from a new menu, beer also will be a focal point at Fire & Hops, Conigliaro said, with 24 beers on tap at the restaurant. A cocktail and wine menu also is being developed. 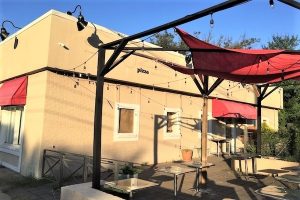 Fire & Hops will seat a combined 70 people inside and on its patio. (Mike Platania)

Fire & Hops will seat a combined 70 people inside and on its patio. The restaurant is looking to hire about 15 to 20 workers.

While its hours of operation are to be determined, Conigliaro said Fire & Hops will be open for lunch and dinner on weekdays, and for brunch on Sundays. Patrons also will be able to pick up their orders, as well as grab 32-ounce growlers of beers to go.

If the concept catches on, Conigliaro said the family would be open to expanding Fire & Hops to other locations across the city.

“That is certainly the plan,” he said. “We really want to become a neighborhood spot, where people can grab great food for a fair price, and just hang out and enjoy themselves.”

Best of Luck to the new owners of Stuzzi’s!
For those of us who enjoyed Stuzzi’s personal touch with customers, the preparation of ingredients on site, right down to the mozzarella, is a memory that cannot be recreated. Recognition to the past owner should not be avoided as it can only encourage one to attend with new curiosity and their appetitos!!!!’
Rocco Tricarico