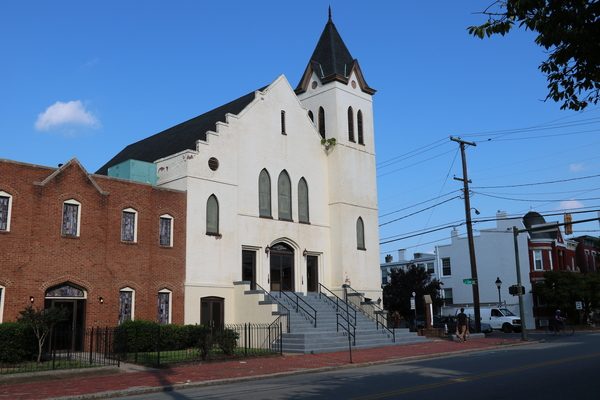 The Richmond Bulgarian Academy has moved into the Lux Church at 22 E. Leigh St., with about 20 children of Bulgarian descent attending classes. (Charlotte Woods)

The Richmond Bulgarian Academy has recently launched the space it was leasing at Lux Church at 22 E. Leigh St., with about 20 children of Bulgarian descent attending classes.

The academy is the latest addition to a network of community heritage schools around the United States, with schools in cities such as Seattle, Washington, D.C., and Chicago – the latter of which assisted Richmond in its launch.

This year, a Bulgarian Richmond family relocated to Chicago and visited the Little Bulgarian School. The family spoke to the principal about Richmond and established a relationship.

A goal of the academy is to offer instruction in the Bulgarian language and teach children about their heritage.

“We started the whole project with four or five parents, moms mainly,” said Gergana Ludlow, who is one of five teachers at the center. “We want our kids to learn the language and learn more about our culture. We want them to experience it.”

Richmonder and Bulgaria native Veronika Chervenska, who handles finances for the venture, said the Bulgarian community in town numbers about 300.

She said the pastor at Lux Church aims to attract international communities, a mission that fits her own.

“It’s a good partnership. The building is well suited for this type of organization,” said Chervenska, who works as an actuary at Anthem.

The Academy’s lessons and instructional materials, donated by the Chicago school, will be in compliance with Bulgaria’s Ministry of Education. Most of the teachers volunteer their time.

While the school is focused on educating its youth, it is also brainstorming fundraising ideas so that the center can continue to grow after its one-year contract at Lux Church. The center hopes to host cultural activities such as plays and performances with visiting Bulgarian natives.

Chervenska said the group plans to apply for grants and a subsidy from the Bulgarian government.

Ludlow said the most challenging aspect of launching a community center was finding the right place. She reached out to local churches in August to determine where to go. One of those churches was Lux, which already had a relationship with Sperity Ventures, the local brokerage that handles the lease.

As the Academy establishes itself, its members remain connected to the nationwide network.

The next thing on the itinerary is an Oct. 13 trip to Washington, D.C., for American University’s annual Community-Based Heritage Schools Conference, where the founder of Seattle’s Bulgarian Heritage School will make a presentation.