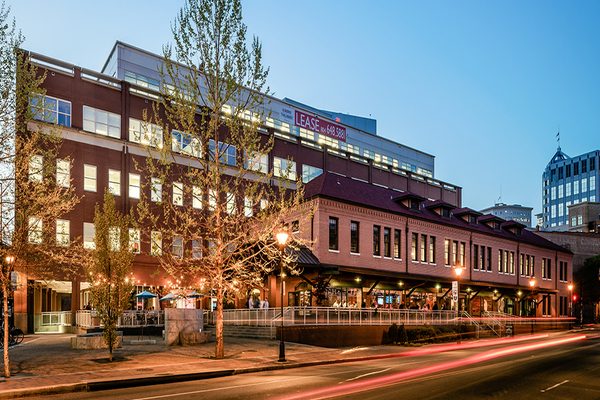 The tides appear to have turned for a formerly foreclosed downtown office building.

The Turning Basin building at 111 Virginia St. sold this month following an auction to Jewell Capital, a Miami-based real estate investment firm, for $13.2 million, according to city property records.

The auction was held this summer and Jewell closed on the five-story, nearly 93,000-square-foot building Sept. 17. The sales price amounts to $141 per square foot. The property most recently was appraised by the city for $10 million.

Jewell Capital could not be reached for comment by press time.

The acquisition is Jewell’s first in Virginia. The company has several large office and industrial holdings across the country, including the Charlotte and San Diego markets.

Constructed in 1900 and redeveloped in 2001, the Turning Basin building was one of the earliest forms of adaptive reuse in the city’s central business district. Under the ownership of Turning Basin LLC, the property was used earlier as the headquarters of First Market Bank until it merged with Union Bank & Trust in 2010, leaving about 20,000 square feet in the building vacant.

The building fell into foreclosure in 2012 at the hands of JPMorgan Chase & Co., the loan originator on the property.

LNR, a commercial loan servicer, took control of the building in May 2012 after its foreclosure, and serviced the securitized loan for the property for the last six years.

According to the commercial real estate tracking firm Trepp, about $13.4 million was owed on the $16.2 million balance for the Turning Basin building.

Despite its foreclosure past, the building maintains a healthy occupancy rate at 97 percent, and is home to a variety of commercial users, including Southern Railway Taphouse, which now occupies 12,400 square feet in the building after wrapping up its bar-arcade expansion.

Other tenants include One Place, Kaleo, Morton’s of Chicago and Workshop Digital. About 3,000 square feet of office space remains available for lease, Robison said.

Meyer and Wilson handle leasing and management of the building, on behalf of Jewell Capital.