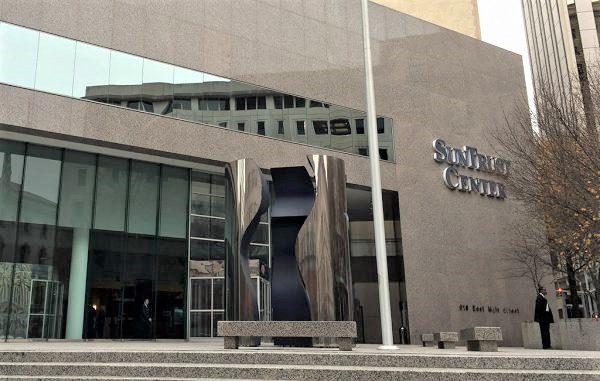 Gentry Locke’s new office will be located on the 11th floor of the SunTrust Center in downtown Richmond. (Mike Platania)

A seasoned law firm making its first push into Richmond has scored an office with a state capitol view.

Gentry Locke in recent weeks signed a lease for 2,700 square feet on the 11th floor of the SunTrust Center at 919 E. Main St.

It’s the firm’s first Richmond office after operating for 90 years in Roanoke and opening an outpost a few years ago in Lynchburg.

It launched here Sept. 1 while still searching for a permanent place, with litigation partner Gregory Habeeb overseeing the new office, and veteran attorney and lobbyist Chip Dicks joining the firm as a partner.

Habeeb, who made the move to Richmond from Gentry Locke’s Roanoke office and relocated his home from Salem, said downtown was the only area in which they searched.

He and Dicks, a former member of the Virginia House of Delegates who has expertise in representing developers on land-use applications, are launching the firm’s government and regulatory affairs practice, in addition to its slate of services representing mostly businesses on a variety of matters.

“Because of the nature of our practice, we really needed to be downtown,” Habeeb said. “Closer up to the courthouse and capital, that was very desirable for us.”

They also needed a building that could give them flexibility to grow. While it’s just Dicks and Habeeb manning the Richmond office, they expect to quickly expand their headcount. 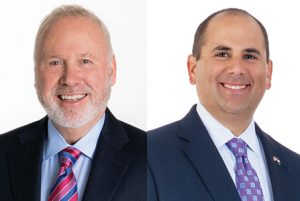 “We absolutely will outgrow the space very quickly,” Habeeb said. “It was very important that there were other options contiguous or elsewhere in the building as we grew.”

Firmwide, Gentry Locke has a headcount of 140, including about 60 attorneys.

Habeeb would not say what the firm is paying for rent, but said they found the downtown office market is good for tenants and landlords.

“There are multiple options of good quality space,” he said. “It’s a good market right now. I don’t think any of the building owners are going broke and demand isn’t so high that tenants are getting squeezed.”

Habeeb said they expect to move in sometime in November, following minor cosmetic upgrades to the space.