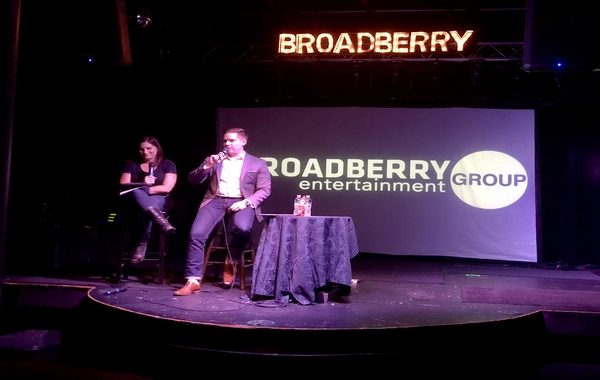 A group of local concert promoters has banded together for a new partnership.

Lucas Fritz and Matt McDonald, owners of the The Broadberry and The Camel, along with long-time promoter Jessica Gordon recently launched the Broadberry Entertainment Group.

As part of the venture, Gordon’s promotion company, The Trigger System, is being absorbed into the Broadberry Entertainment Group.

“Since before The Broadberry opened, we just got along really well,” Gordon said. “It just kind of naturally fell into place.”

McDonald, who also owns Joe’s Inn in the Fan and Superstars Pizza & Subs in the West End, said the three partners each bring different skills to the table.

“I don’t have the music background like Lucas does,” McDonald said. “I come from the food and beverage side, and they thought I could help them from that aspect, and that was important. Richmond has become such a music lover’s town … it was kind of a no-brainer.”

The group books a variety of live music and comedy acts across the region and also will offer consultation services for corporate events, weddings, festivals and production set development.

Broadberry Entertainment will serve as the exclusive booking agent for the Ashland Theatre, a 70-year-old newly renovated venue located at 205 England St. that can seat 300 people. The theater is scheduled to open during the fourth quarter of this year, Fritz said.

“This is really exciting, because this is such a special venue for the people of Ashland,” Fritz said. “We think this is a great location for a variety of bluegrass and indie acts in the area. We’re also going to be working with the Randolph Macon student board to help bring acts they would like to see come to the area.”

The Ashland venue marks the group’s fourth exclusive booking agreement secured in the region. It has similar agreements for live entertainment with the Richmond Music Hall at the Capital Ale House on East Main Street downtown, along with The Broadberry and The Camel in the Fan, Fritz said.

The group also will continue booking entertainment, albeit non-exclusively, for Gallery 5 and Strange Matter, as well as the Golden Pony in Hopewell.

Aside from metro Richmond bookings, Gordon said the group will continue to grow its relationships with venues throughout the state, including Toast in Norfolk, The Golden Pony in Harrisonburg and Peabody’s in Virginia Beach.

“We’ve had these relationships in place prior to merging our two businesses,” Gordon said. “We want to make them stronger now that we have shared resources and increased collaboration to bring more acts to the area.”

As part of the Broadberry Entertainment Group’s launch, the company has revamped the Broadberry’s website, Fritz said, allowing patrons to purchase tickets for their respective shows, including those at the Ashland Theater.

Gordon, who also doubles as a VCU writing professor, launched The Trigger System about 16 years ago while slinging cocktails at several Richmond bars to pay for college.

“Working at those bars allowed me to see how the owners were able to secure bands and other entertainers for their venues,” Gordon said. “Between going to school and booking concerts, I didn’t get much sleep.”

During her time as The Trigger System’s owner, Gordon secured hundreds of acts for the area, including bands Lamb of God, Underoath and All Time Low.

Fritz, a VCU alumnus, got his start booking shows and curating series for The Camel in 2009. He continued booking shows at The Camel prior to founding The Broadberry in 2014 – booking over 400 shows, and organizing dozens of festivals, such as The Shack Up and the South Hill Snowdown, which is scheduled for December.