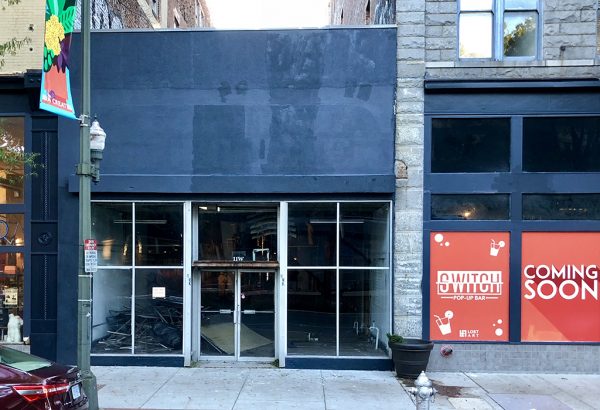 11 W. Broad St. has been vacant since a fire broke out and displaced the thrift store that had long operated there.

Their firm, SNP Properties, last week purchased the one-story retail building at 11 W. Broad St. for $780,000, according to city real estate records. Long home to a thrift store that caught fire last November, the property most recently was assessed by the city at about $294,000.

They’ve leased the 3,200-square-foot building to LX Group, which is planning a dining concept with a rooftop deck. That will add to LX Group’s efforts that are already underway next door at 13-15 W. Broad St., where it’ll open Nama, an Indian-inspired restaurant, and a pop-up bar called Switch.

SNP purchased the latter property a year ago, along with four other buildings on the block in a $15 million deal. With its latest asset secured, SNP now controls five of the six buildings on the Broad Street block bounded by North Foushee and North Adams streets. The group does not own 1-3 W. Broad St., which houses Tarrant’s Cafe restaurant and a few apartment units above.

Patel said while they are mulling plans for the future concept at 11 W. Broad St., they’re also excited about plans for a rooftop deck being installed on the property.

“We like the area, and we continue to have a great relationship with SNP,” Patel said. LX also operates Kabana Rooftop on the 20th floor of the Hampton Inn & Suites at 700 W. Main St. and the Belle restaurant in the hotel’s lobby.

Lory Markham of One South Commercial represented SNP in the transaction at 11 W. Broad St.

Elsewhere on that block, SNP recently completed a redo of the 102-unit West Broad Apartments at 17 W. Broad St. that will be rebranded The Walker at City Center.

Across the road in Jackson Ward, SNP is building a five-story apartment building at 0 W. Marshall St. dubbed The Marshall at City Center.

SNP is not the only player racking up properties along West Broad Street. 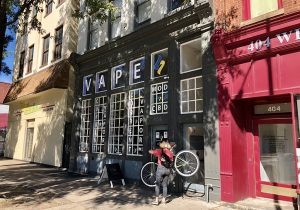 406 W. Broad St. is home to a vape shop on the ground floor and several apartments on the upper levels.

The three-story, 11,000-square-foot building most recently was assessed by the city for $1.1 million. It was renovated with historic tax credits about eight years ago.

M.W. Fowler now controls eight apartments in the building that are 100 percent occupied, along with about 4,000 square feet of the retail that is leased out to Current Vapor.

Fowler, who owns several residential properties in the Fan and Northside, said he has no plans to make any significant upgrades to the building, adding that he purchased the property as a long-term investment.

“It was a good opportunity,” Fowler said. “The area is coming back, and being near VCU, made it an attractive investment.”

The deals add to steady investment along the Broad Street corridor downtown.

Interesting idea that will be costly. The roof was never meant to be used as a roof top bar and I doubt it has good access so it will be gut job with new superstructure. Will be interested to see what comes of the space and the layout.

Since it was burned out anyway, you may as rebuild it as you want it.