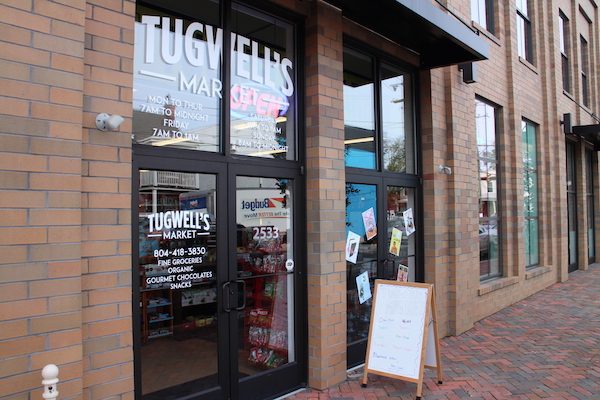 Tugwell’s Market was the last retail tenant to open at the development. (Mike Platania)

A major redevelopment near the Fan is drawing to a close.

Cary Street Station, a $44 million, 9-acre project on West Cary Street that replaced the former GRTC bus barn, has filled out the last of its retail space.

The development is a joint project by the Monument Cos. and the Edison Co., and overseen by Monument Cos. principals Chris Johnson and Tom Dickey, and Edison’s Howard Kellman. 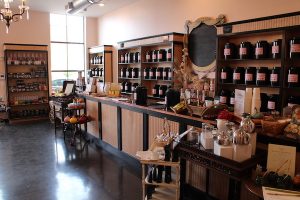 Carytown Teas is owned by Patricia Guillouard, a France native who worked in fashion in New York City before opening her tea shop in 2005. (Mike Platania)

The site’s 285 apartment units – mostly 1-bedroom units starting at around $1,300 – are all are completed and leased out. Johnson said the final piece of the project is Nest Realty’s office, which is opening soon and already has a lease in place.

Johnson said as they began the project, they anticipated landing a tenant mix similar to Carytown’s, with minimal national tenants. Title Boxing Club ended up as the only national brand in the development.

“One of the goals of the project was to extend Carytown retail traffic east across The Boulevard and connect to the Robinson Street commercial corridor,” Johnson said. “We were approached by several national tenants early in the process, but that was not the direction we wanted to go.”

The six retail spaces are spread out across 16,000 square feet of space facing West Cary. 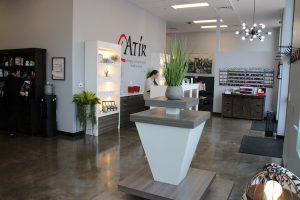 Tugwell’s Market was the final retail tenant to lease space at Cary Street Station. The convenience store is owned by Ali Umair, who also owns McDonough Market at 1300 McDonough St. in Manchester, which opened last year.

Carytown Teas and InStyle Salon left their spaces at 24 S. Nansemond and 3540 W. Cary streets, respectively, which are being razed to make way for Carytown Exchange, a $40 million, Publix-anchored shopping center at the west end of Carytown.

Atir’s Cary Street Station location is its third, joining outposts in Williamsburg and at The Promenade Shops in Short Pump. Pizza & Beer of Richmond is a venture by EAT Restaurant Partners, which owns a number of restaurants in town, including Fat Dragon, Wong Gonzalez and Foo Dog.

The plan for Cary Street Station began in 2015, when Johnson, Dickey and Kellman had the winning bid to buy the site from GRTC for $9 million. 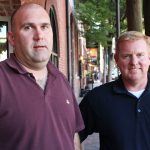 Now that the project’s reached the finish line, Johnson said he has mixed emotions.

“Honestly, it is bittersweet. Tom, Howard I very much enjoyed working together on this project, and it was a fun project to work on, except the 60-day closing deadline — that was not fun),” he said.

“But it is great to see the project finished and to see 9 acres of Richmond come back to life.”