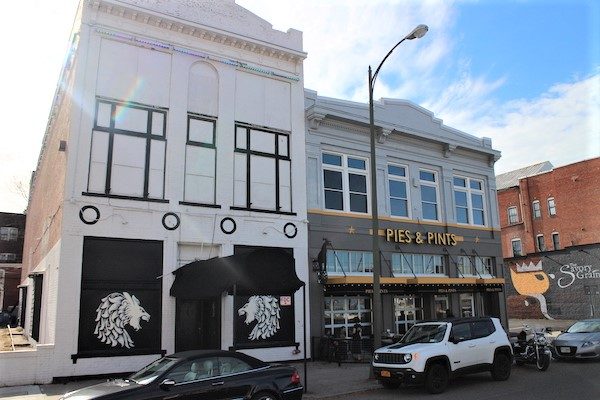 Another competitor is looking to cut into Richmond’s nascent axe-throwing market.

Bad Axe Throwing, an Ontario, Canada-based chain of axe-throwing venues, is preparing to open a location at 2035 W. Broad St.

Founder Mario Zelaya said the company is leasing about 5,000 square feet above Pies & Pints, a pizza joint that opened this summer along the Pulse bus route.

Zelaya, who founded the company in 2014 and has grown the brand to more than 20 locations throughout the U.S. and Canada, said the Richmond location will have about eight lanes where participants can throw axes at 16 targets.

“Axe throwing is like bowling but a million times more fun,” Zelaya said. “It’s really the same concept. Instead of throwing a bowling ball down an alley, you’re throwing an axe down a quasi-alley at a wooden target.”

Bad Axe’s sessions typically last about 2 1/2 hours and cost around $35 per session for scheduled groups, or $20 per hour for walk-ins, with plans for more rates for college students.

Zelaya said patrons of the Richmond venue also will be able to compete in the World Axe Throwing League, which he started two years ago to act as a governing body for the sport.

“A lot of people were opening axe-throwing facilities and coming to me for guidance. I realized we needed a governing body for the sport to make sure we’re implementing best practices and safety,” Zelaya said. 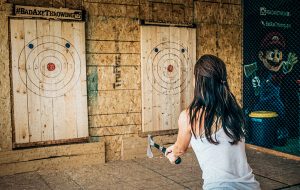 The Richmond location will be Bad Axe’s first in Virginia. (Bad Axe)

Bad Axe will serve beer from Richmond-area breweries, just as it does in other cities, such as Denver.

But Zelaya emphasized that Bad Axe isn’t a watering hole.

“We’re not a place that you go and get drunk. It’s really more for people to have a social beer along with their event,” he said.

Bad Axe also is working on a limited food menu for the Richmond location that’ll feature sandwiches and finger foods.

The Richmond location will be Bad Axe’s first in Virginia, with the nearest location in Washington, D.C. It’s aiming to open on Broad Street in January 2019 with a staff of about 10. It will sit across from the ongoing Sauer Center development that will be anchored by Whole Foods Market.

Broker Raffi Bandazian of Bandazian & Co. Inc. represented the landlord in the lease with Bad Axe.

The axe-throwing trend first arrived in Richmond this summer when G-Force Karts added some lanes to its facility in Henrico. A Rockville group also is preparing to open The Virginia Axe Co. in Goochland County.